Thanks once again to the wonderful Justin Thomas for these photos. Taken at the New Ocean Club in Cardiff on the 8th October 1984. I saw Lloyd live for the first time on the 13th October 1984 at Guildford University, just a few days later. I absolutely loved Lloyd Cole and the Commotions, ‘Rattlesnakes’ was released on October 12th of that year, I had the 7″ of ‘Perfect Skin‘ which had been the soundtrack to my summer. The sound of the guitars, voice and keys take me back to this time instantly….(Read more of my Lloyd Cole story here )

The Blow Monkeys were the support act – I booked them to play The Buzz Club the next year. 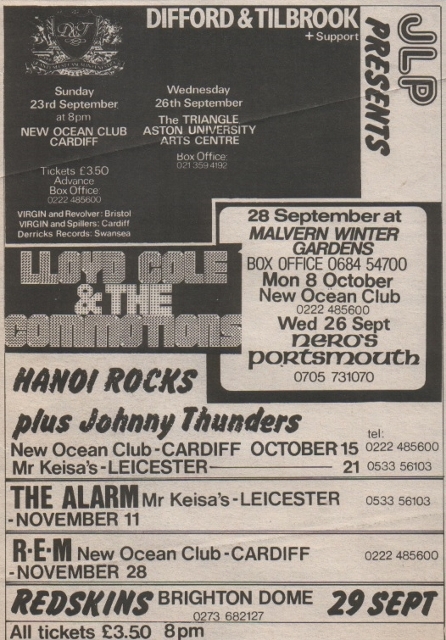 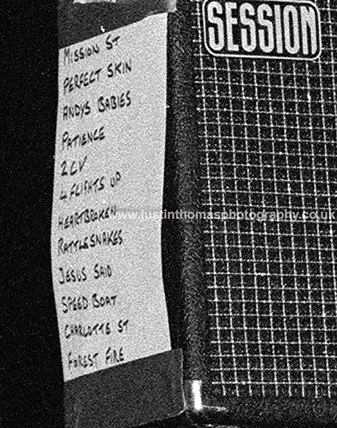 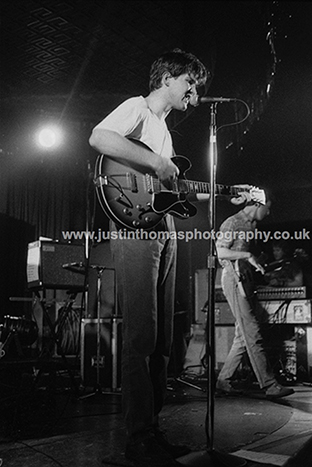 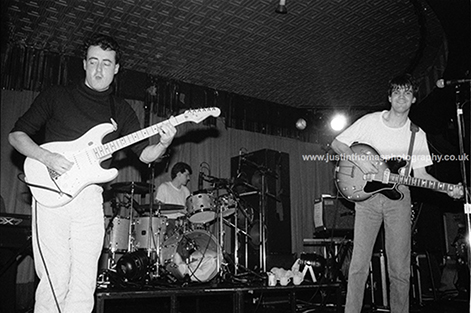 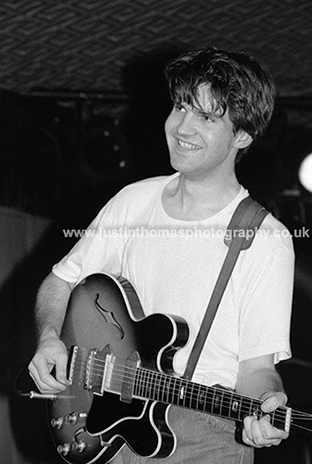 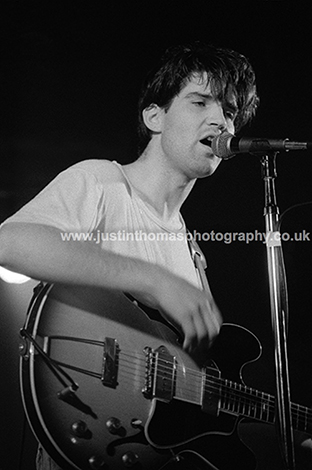 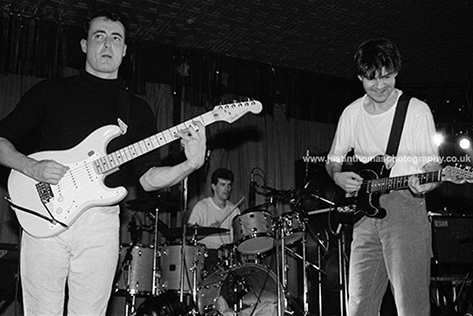 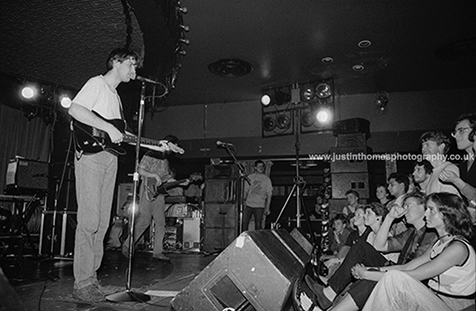 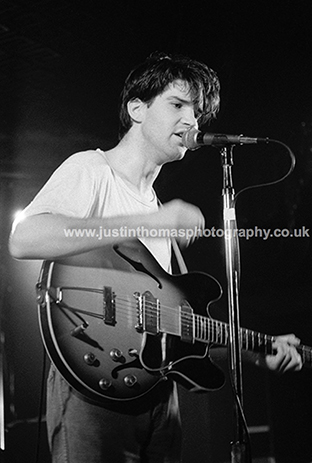 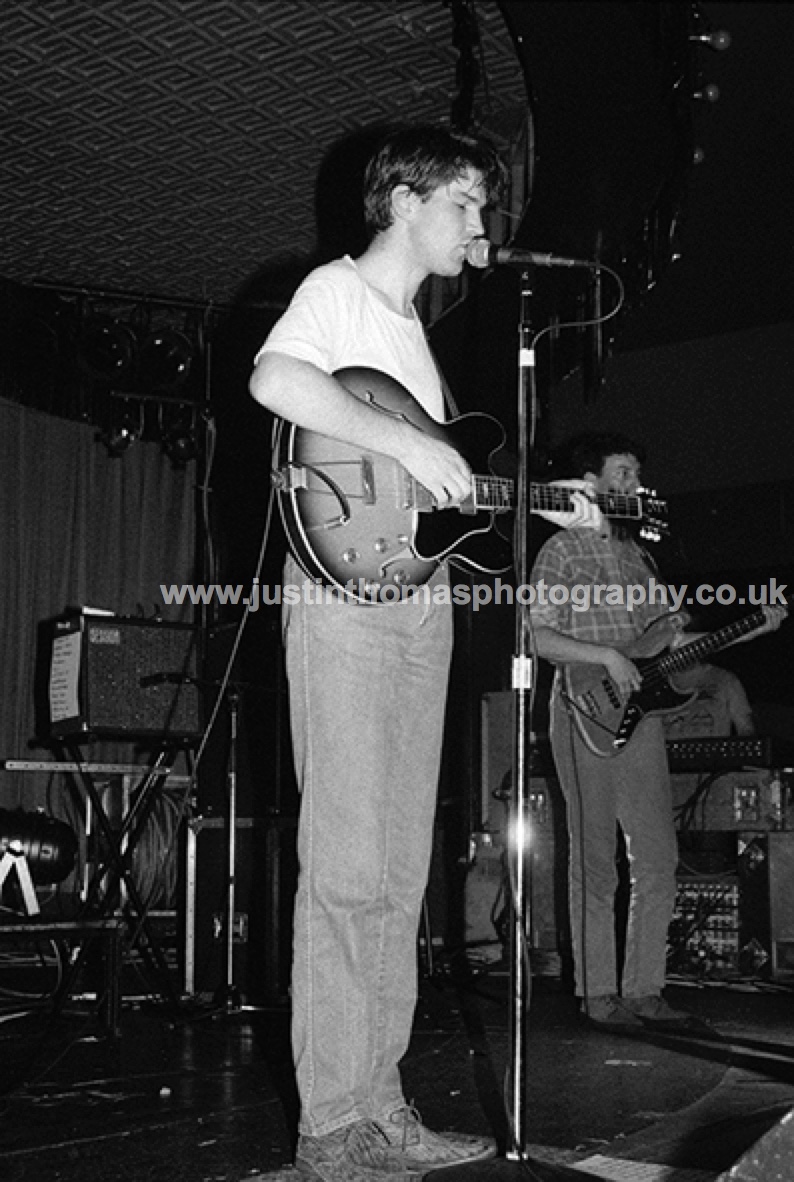 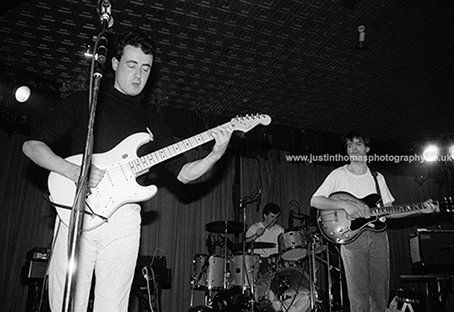 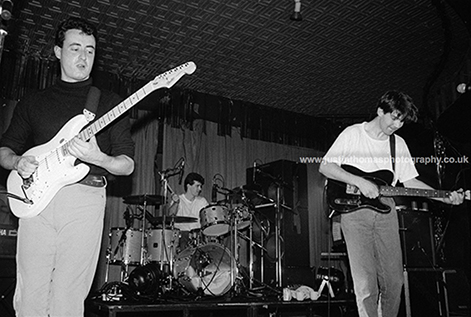 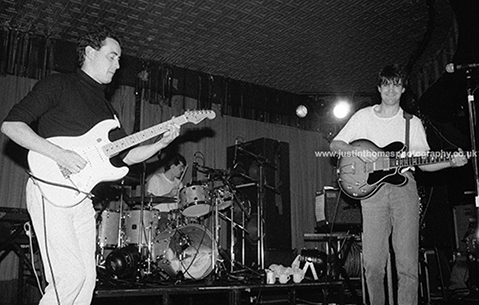