I saw Mark Kozelek at the Union Chapel in Islington last night. I have been a sporadic fan for years. I say sporadic as I think it’s pretty hard to be a devoted fan to a man who records under so many guises and releases so much music!

I then tuned into him again when he released his e.p. of AC/DC  covers ‘Rock ‘n’ Roll Singer‘. A strange collection of songs, the AC/ DC covers, one John Denver song and a couple of originals, including the wonderful ‘Find Me Ruben Oliares‘. It was this song I heard first, via a cover-mounted cd on ‘Uncut’ magazine. Oh boy, I love this song. His guitar playing is wonderful.

So I bought ‘Rock ‘n’ Roll Singer’, called an E.P. but actually contains seven songs. This album means an awful lot to me. I adore it. I was living in a converted barn in the Brecon Beacons, in themountains of Wales when it came out and I would play it endlessly. My kids were very young, after they were in bed, I’d sit in the kitchen, listen to this record and paint. It was one of those tough times everyone has to go through. A few very close family members had passed within a few months of each other. The song ‘Ruth Marie’ pretty much floored me every time I played it.

I could really post the whole e.p. as I love each song on there. His AC/DC covers are glorious.

Danny and I were just starting the Green Man by this stage. I never tried to book Mark Kozelek though. It sounds odd, but he meant too much to me. (He was booked I noticed, after we had moved on from the festival).

Since those records, he has released and had success with, albums as Sun Kil Moon. ‘Benji’ is possibly the best known of these and scored 9.2 in it’s Pitchfork review.

He’s joined by Will Oldham on a couple of songs, including this one.

I’ve bought various albums through the years, the one he did with the Album Leaf, ‘Perils of the Sea’ is pretty great too.

His lyrics are always so, so good.

So, that’s my journey with Mark Kozelek. I hadn’t seen him live until last night. I was actually really excited about seeing him! Islington is also my old stomping ground. Danny and I lived in a few flats round there through the’90s. I’ve played the fabulous Union Chapel a few times too. A gig I was very much looking forward to.

I’d seen on the websites ‘phones were to be turned off during the gig, so I took a few photos on the way in.

And it was great. Not what I was expecting, but great. He played only new songs. None of my favourites. That’s what it was and I loved it for that. He’s so very charismatic and funny. People laugh out loud, mid song at some of his lyrics and certainly at his between song chat. 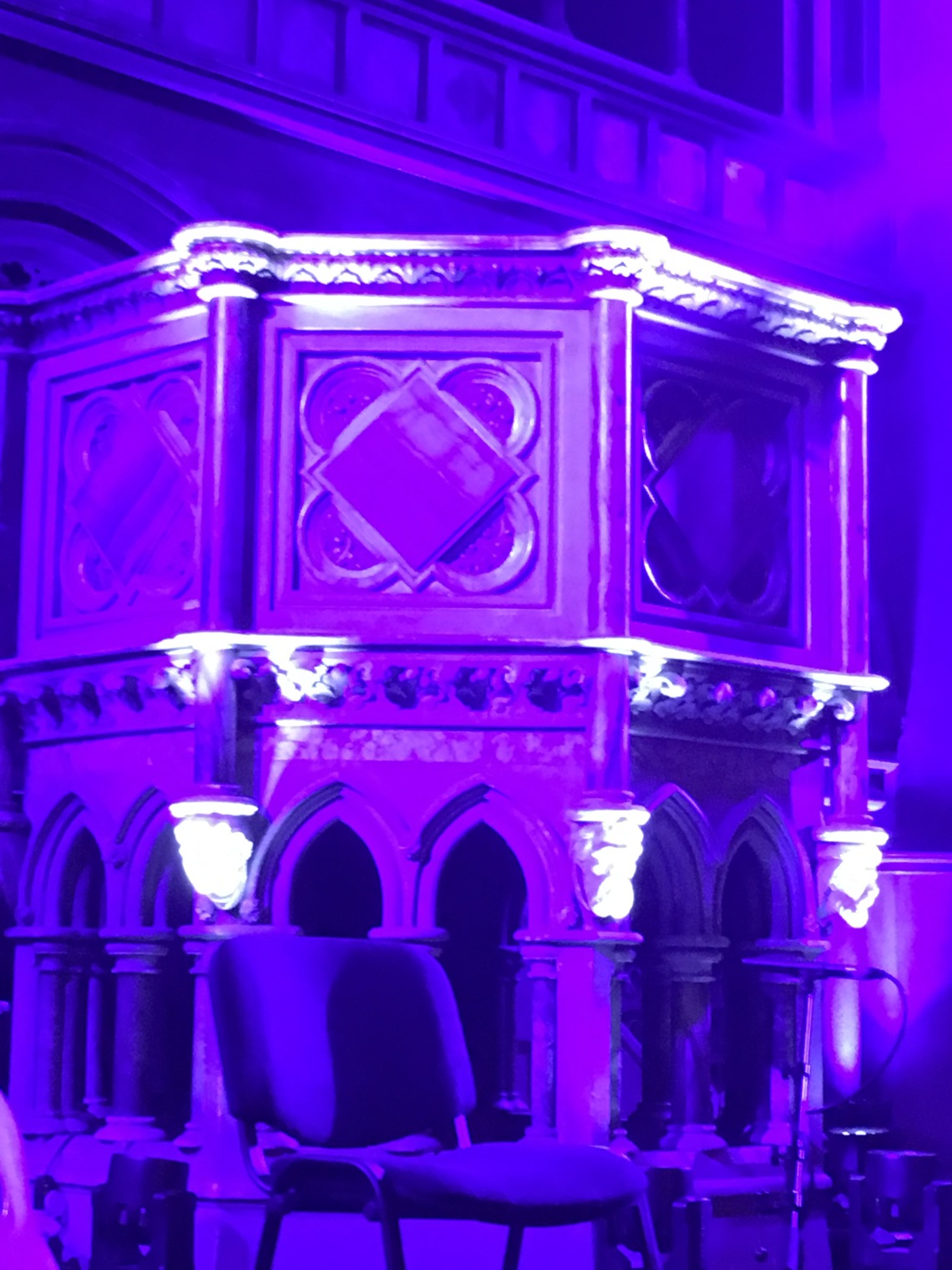 He had Ben Boye on piano, also triggering the odd simple drum machine pattern and Ramon Fermin on nylon stringed guitar. God, these guys can play. Mark himself only picked up his guitar once, for a few strums at the end of one of the songs. He had a music stand, filled with white A4 paper full of lyrics. So many words. It collapsed a couple of times, to raucous laughter as Dan, the poor stage manager, tried to fix it; ‘and don’t let it happen a-fucking-gain’ said Mark cheerily.

Mark K was dressed in a black suit and paton leather black shoes, looking very much the classic crooner. He gently swayed his arms and clicked his fingers as he sang. The new music is long, the lyrics sound like beat poetry and as always, are hugely autobiographical. He screeches and howls and repeats phrases. He looks like Jack Kerouac. He name checked Charles Bukowski. He loves boxing and mid song he lists and had us cheering;  ‘let’s make some fucking noise for…’ so many boxers, including last of all, Henry Cooper. He name checks so many bands too, ones he loves and ones he ‘doesn’t love very much’. He famously has an on going spat with the War on Drugs, who he mentioned last night as having a singer ‘who sounds like Mark Knopfler‘. He ‘really doesn’t love very much’ The Eagles, Steeley Dan and Eric Clapton. He ‘loves very much’ ‘A Whole Lotta Love’ and Steve Howe. He was always an outsider, ‘wearing bell bottoms, sitting on kerbs, feeding stray dogs’.

He has lived in San Francisco for thirty years and began touring the world at the age of twenty-one in 1991 in The Red House Painters. He hasn’t stopped since. I think he’s aways been about the same amount of famous. Can always happily fill an 800 capacity venue in every major city in the Western world. In fact, he acts in the Cameron Crowe film ‘Almost Famous‘. 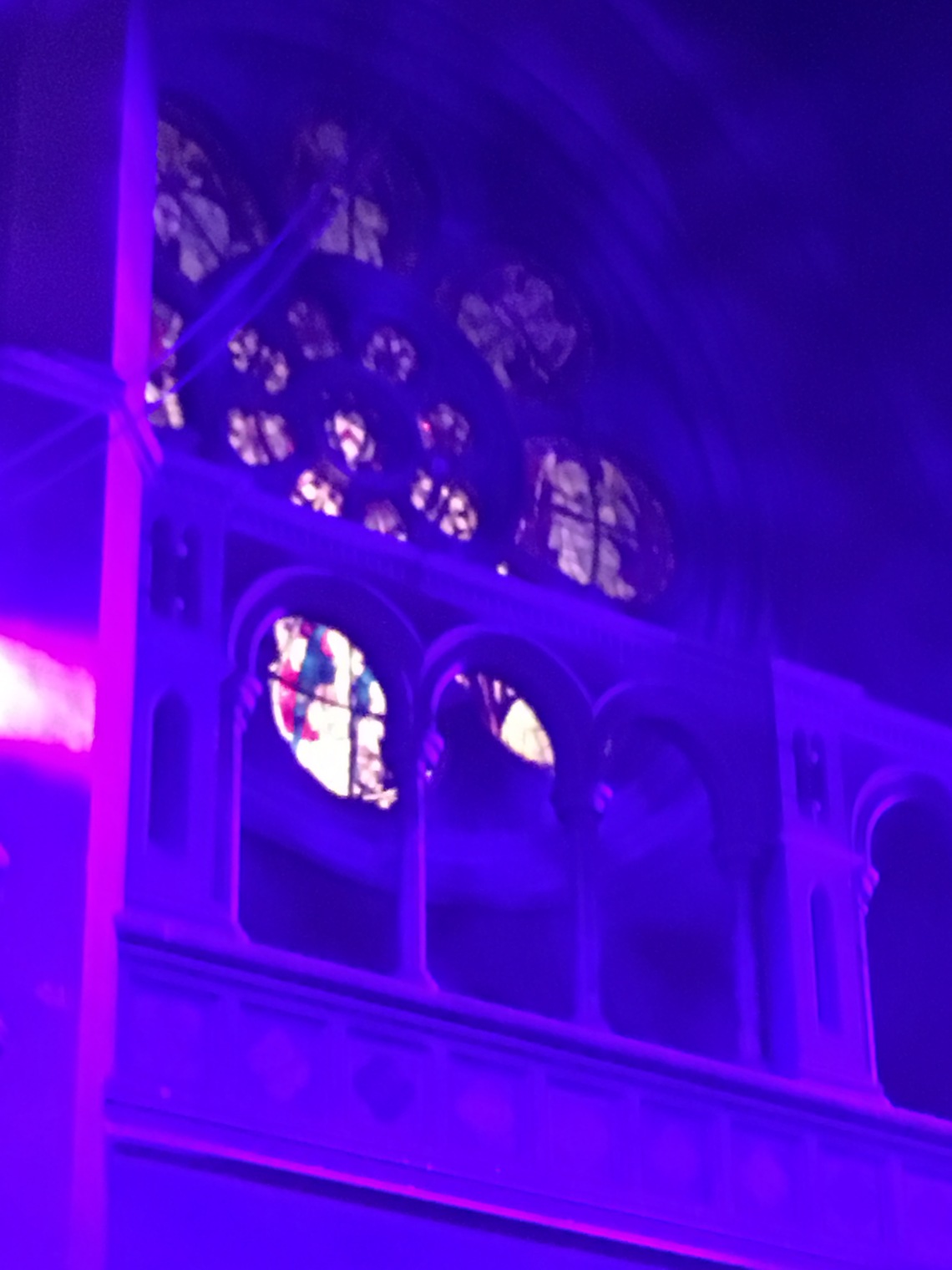 He told us about when his cat was dying and very kind Norwegian promoter flew him home to San Francisco, to ‘give her one last kiss’. He sings about European cities. He sings about American cities.

At one point he asks for any requests. As a few delighted voices shouted out their favourites songs, he said, ‘OK, I was interested for about ten seconds, now shut the fuck up.’

I don’t know. What can I say? ‘If you don’t like my art, go and form your own band’. He played for over two hours. We were sitting on hard, wooden pews, I didn’t know any of the songs and, I loved it.