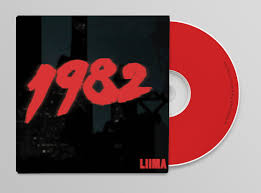 This new album by Liima is awesome. Three members of Efterklang  and produced by Chris Taylor from Grizzly Bear.

I only came across this band a few days ago. Liima’s second album, ‘1982’ is co-produced with Grizzly Bear’s Chris Taylor and released by City Slang. It’s an amazing mix of ambient synths, guitar band and classy vocals.

Rasmus, Casper, Mads from Efterklang and Finish drummer Tatu make up Liima. Here’s the title track from the album .The whole album is so varied it’s really worth having a listen to the whole thing…..