So, part two of my alphabet series under the name, Christine X, has a release date.

‘Bluetrain’ will be released on December 27th.

I released a solo instrumental album, ‘Eurocentric‘ under the guise Christine X fifteen years ago . The album got a couple of 4 star reviews in the d.j. and electronic music press.

I am now following it up with a new Christine X project.

I will be releasing one track for every letter of the alphabet. The music will include cassette recordings of rehearsals in California, It’s Jo and Danny radio interviews, live Buzz Club recordings, lots of interesting Green Man stuff and more. I ‘m chopping them up in Logic and adding music.

‘Aldershot’ came out on November 16th and is the first release on the Indie Through The Looking Glass label . The soundtrack was put together from recordings and voices live at The Buzz Club including Bobby Gillespie, Shaun Ryder, James Dean Bradfield and the Krispy 3.

The video was edited by John Peddie and is made up of live footage from:

The sleeve was designed by Dave Driscoll. Dave is the man who captured loads of Buzz Club recordings on his Sony Walkman. 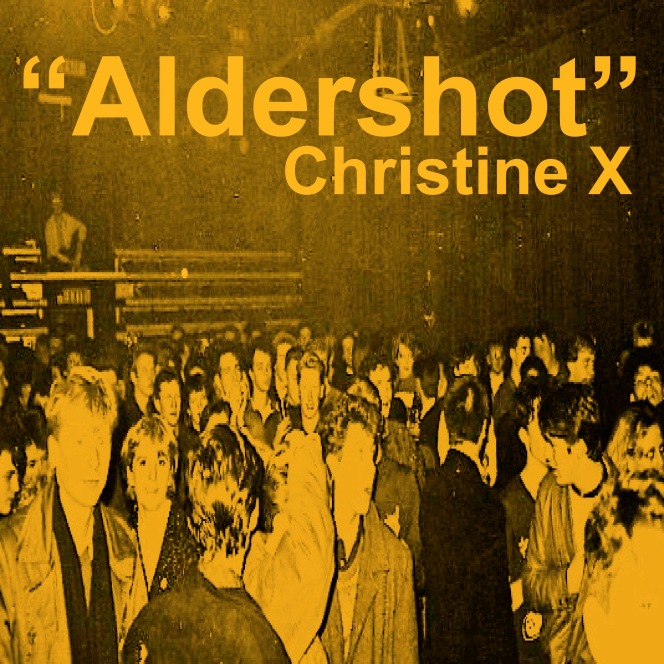