More from the delightful Guy Van Steene collection. How lucky we are to get these fabulous photos of The Pogues, taken at the West End Centre in Aldershot (where Danny and I would later run The Buzz Club) on 18 March 1985. John Andrews was at this gig with Guy.

I had the Pogue Mahone ‘Dark Streets of London’ 7″ which I loved to bits. My memories of the gig are that they were very late going on stage and when they did they were all so drunk they were pretty much falling over. It was very exciting, waiting for them to come on stage had an oddly dangerous edge to it.

When they eventually played, they were thrilling and chaotic, like nothing I’d ever seem before. Spider Stacy wore an old American army helmet, which he hit with a battered tin tray at various percussive points in the set.

When I told Guy I’d be publishing these Pogues photos he said, ‘Great Jo, will be good to hear your memories!  I remember the penny whistle and the tin helmet. It was a cool gig. Spider was drinking from a bottle of whiskey!  Must have been just before ‘rum sodemy and the lash’?  I borrowed that album from our record library at 6th form college. Pretty exiting to see them in the flesh so close up.  Didn’t seem that busy which was surprising?’

‘Rum, Sodomy and the Lash’ came out in August 1985, so I suspect things went mad for them not long after his gig.  (Funnily enough, I remember it being pretty full!)

Here we go – thanks so much Guy! 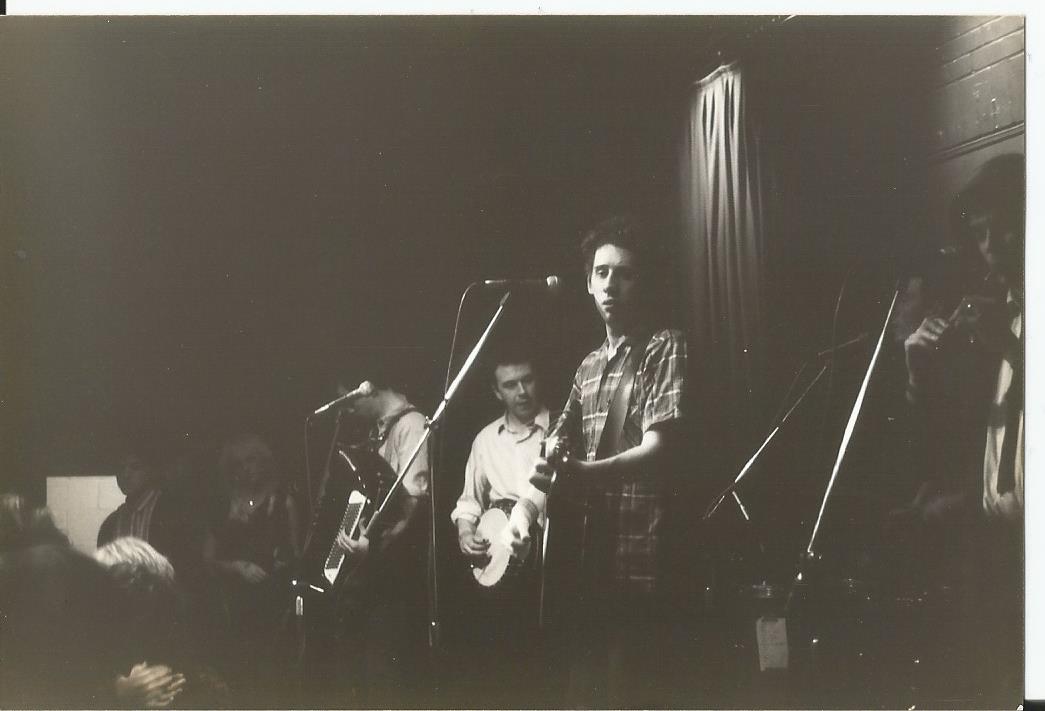 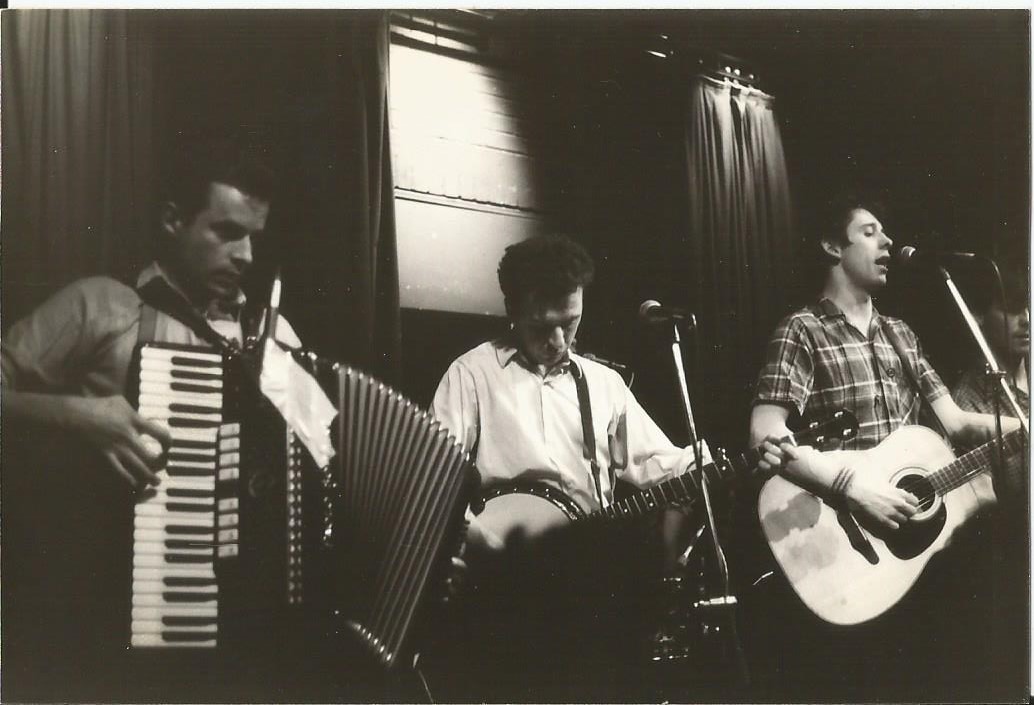 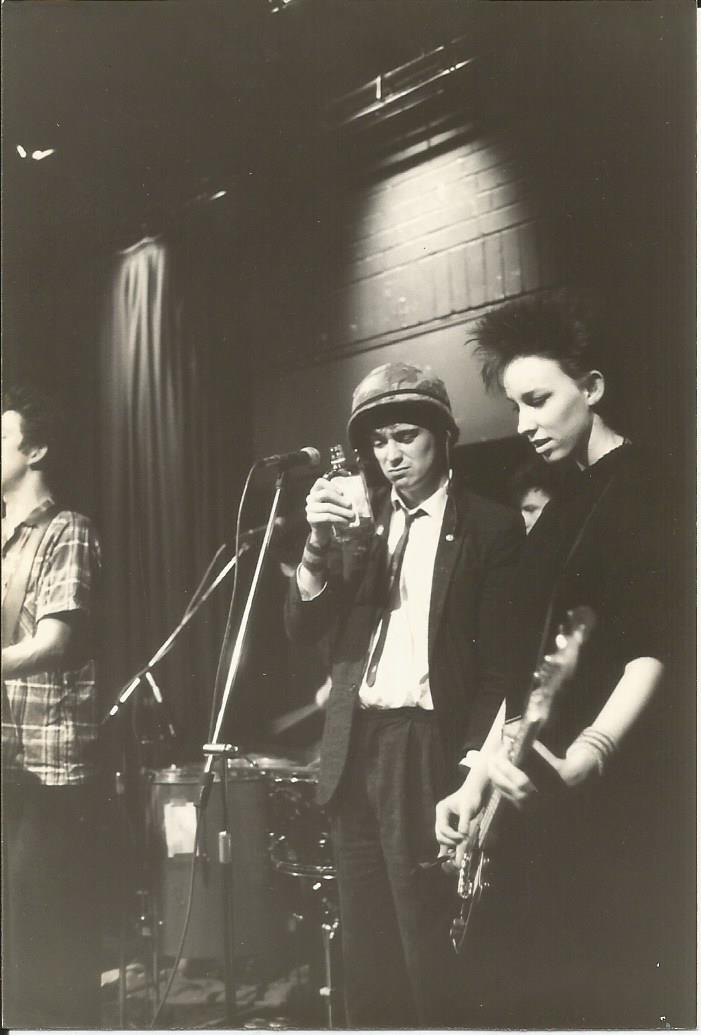 Here’s ‘The Dark Streets of London‘, still sounds as energetic, wonderful and crazy as ever.