Philip ‘Hutch’ Hutchinson has once again turned up an absolute treasure trove of Buzz Club memorabilia for me! The man is a legend. Hutch used to frequent the Buzz Club back in the late ’80s and recorded and took photos of quite a few of the nights. We lost touch and then, through the wonders of social media found each other again last year.

Hutch very kindly, and painstakingly, managed to find the photos which had been taken on a disc camera and the live recordings, still on cassette. He digitalised everything for me last year and I have been sharing them here ever since – the Happy Mondays photos, The Pale Fountains live recording, plus more, with more to come.

He dropped me a line at the weekend to say he had found lots of signed Buzz Club fliers and set lists. Oh my! There are even a fliers here that I don’t have in my collection – The Pale Fountains and Mighty Mighty at The Buzz Club plus my band Bluetrain with 1,000 Violins at Bay 63 in Ladbroke Grove. Ace! 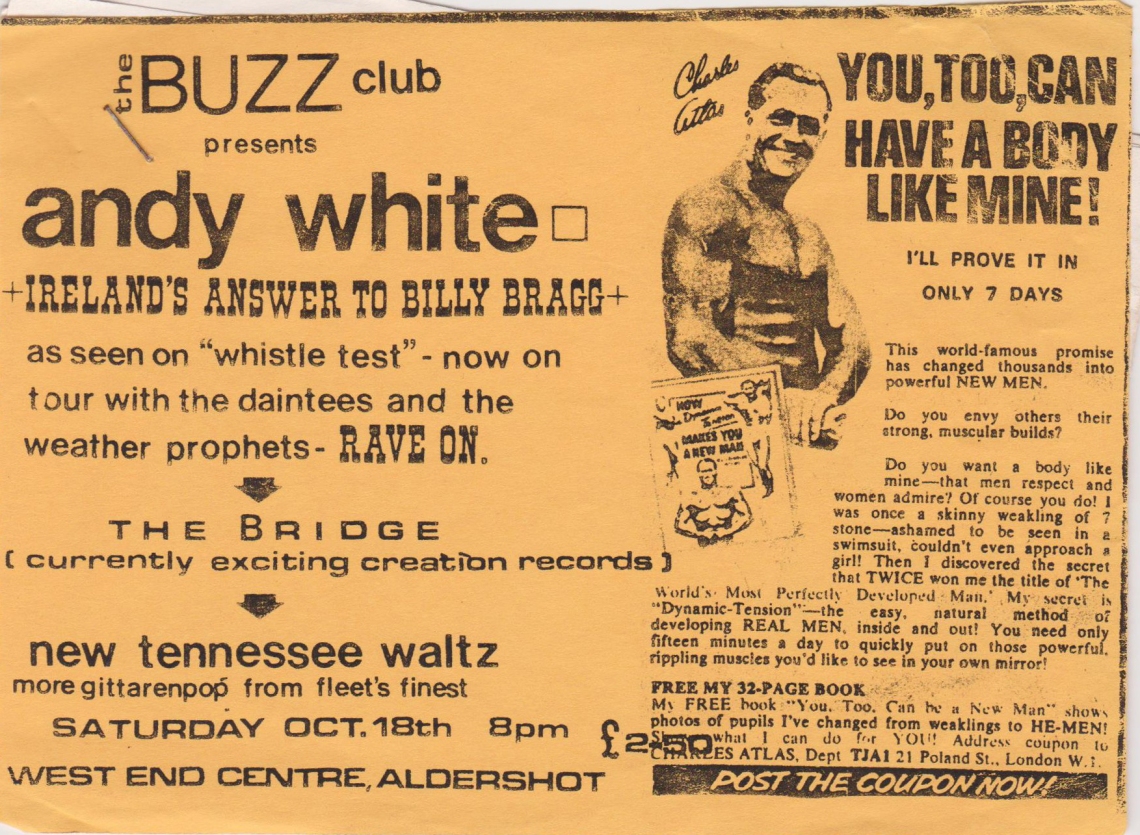 I asked Hutch where he had found all these in the end, ‘I have a little side table right next to my computer. My vinyl deck sits on top of it. Three drawers in it. One full of defunct stationery, one full of 8mm video tapes and another with paperwork. I was looking for some old letters I thought were in there (but weren’t) and everything was together in one envelope! I know I have the huge gig posters for TERRY AND GERRY and PRIMAL SCREAM (1987) fully signed by both bands in my parents’ garage.’

Oh my, please one day I’ll see those posters!! I don’t have many Buzz Club posters as we used to put them up and only thought to hang on to a few, so I’m very interested to see those ones! 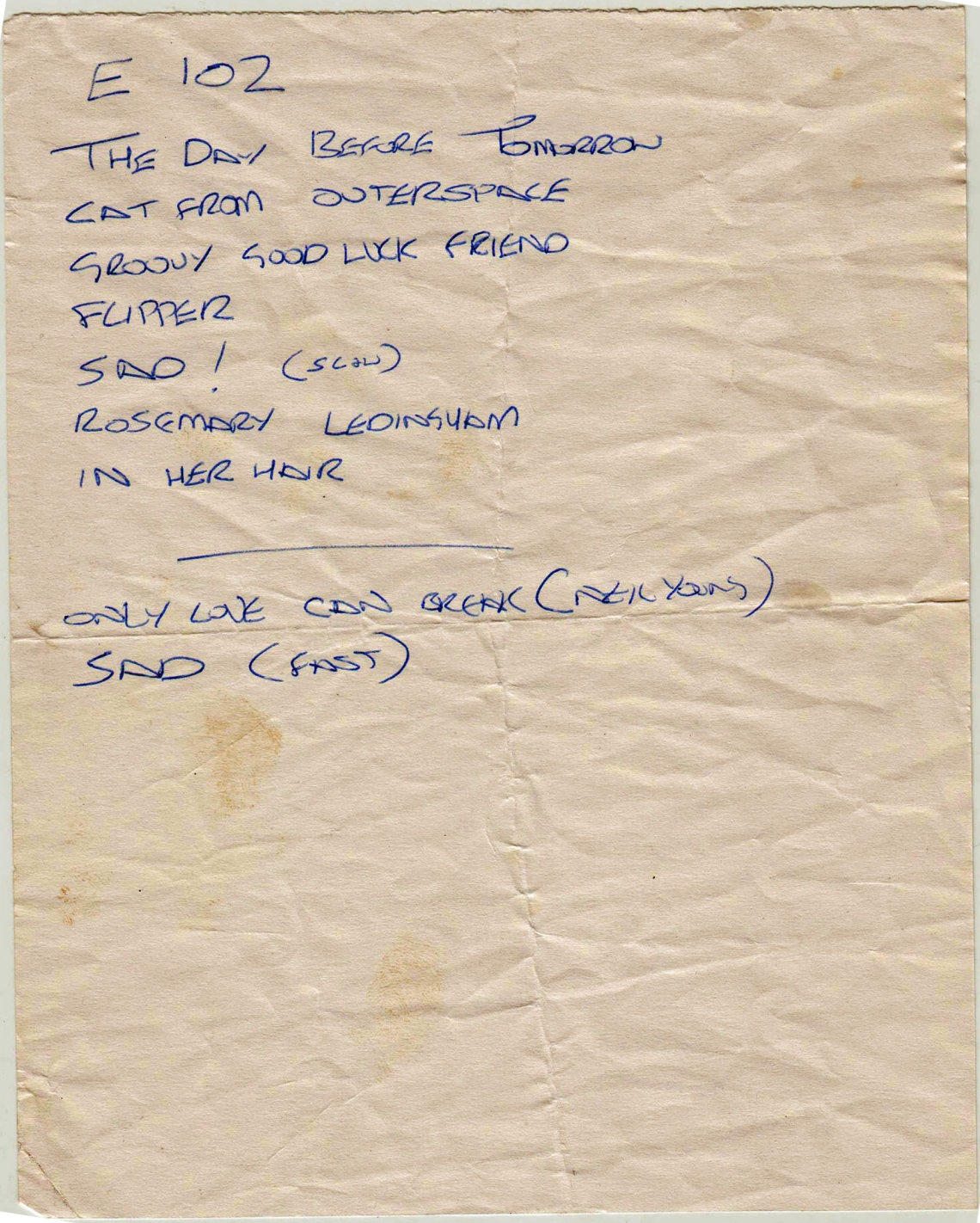 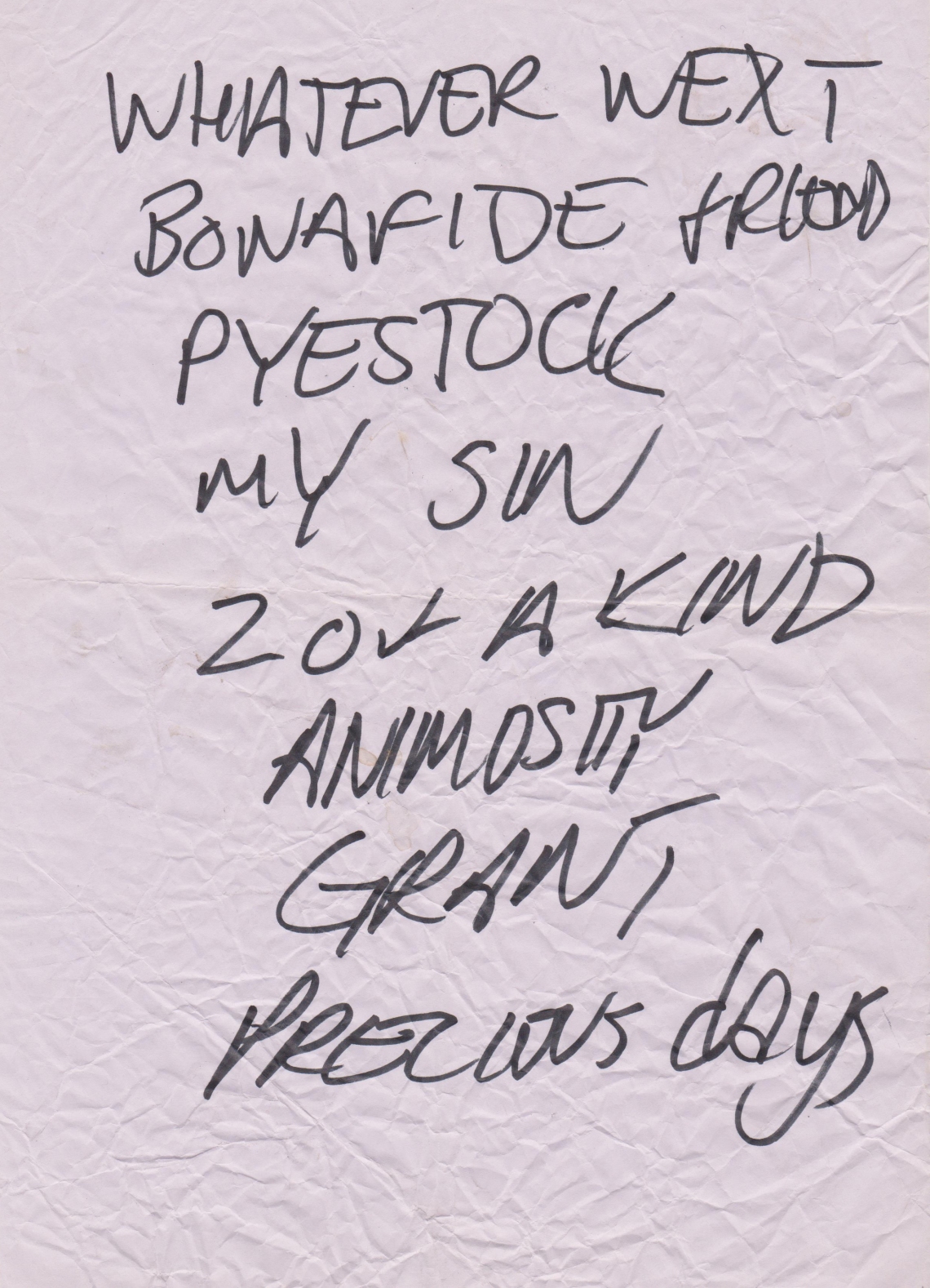 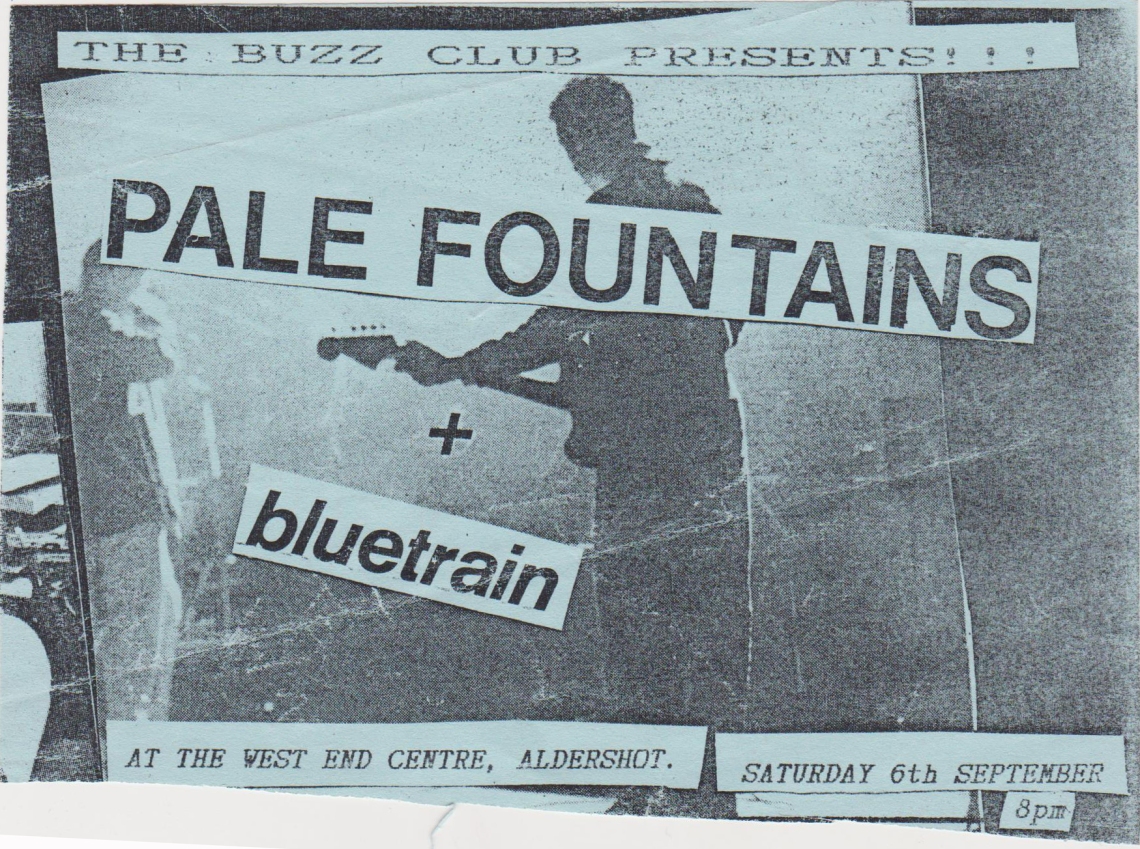 Amazing. I am so grateful to you Hutch! X