Just after I was treated to the wonderful pictures of The Raincoats last week, Justin Thomas got in touch again to say he’d found another batch of pics. This time featuring Swell Maps and The Raincoats. He hadn’t written the date or venue on them as he usually did but thought maybe they were from U.L.U. on Malet Street in London.

I sent the photos to both Gina Birch from The Raincoats and Jowe Head from Swell Maps to see if they brought back any memories. 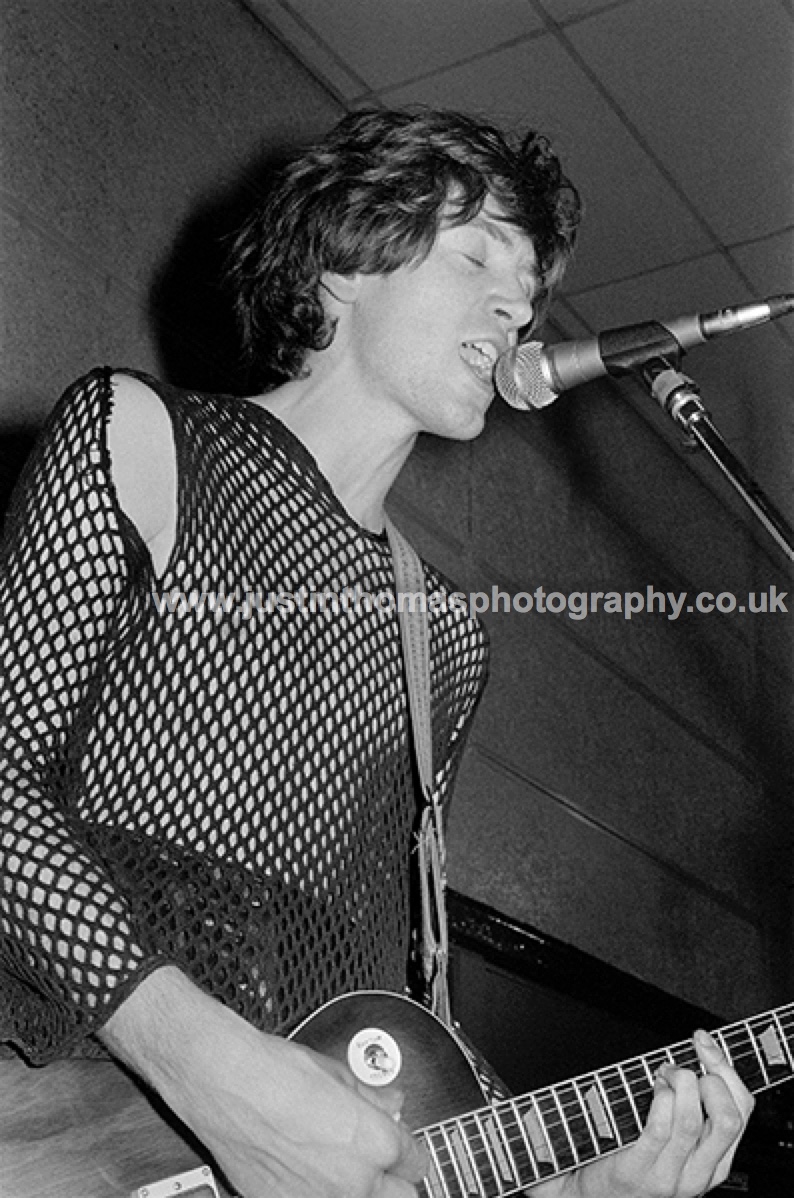 ‘This gig was probably one our first in London, because we are still using our dodgy cheapo guitars. Were they really taken at ULU? I’d have guessed that this was from a gig at Aklam Hall, underneath the Westway.’  He thinks the year would have been 1979. 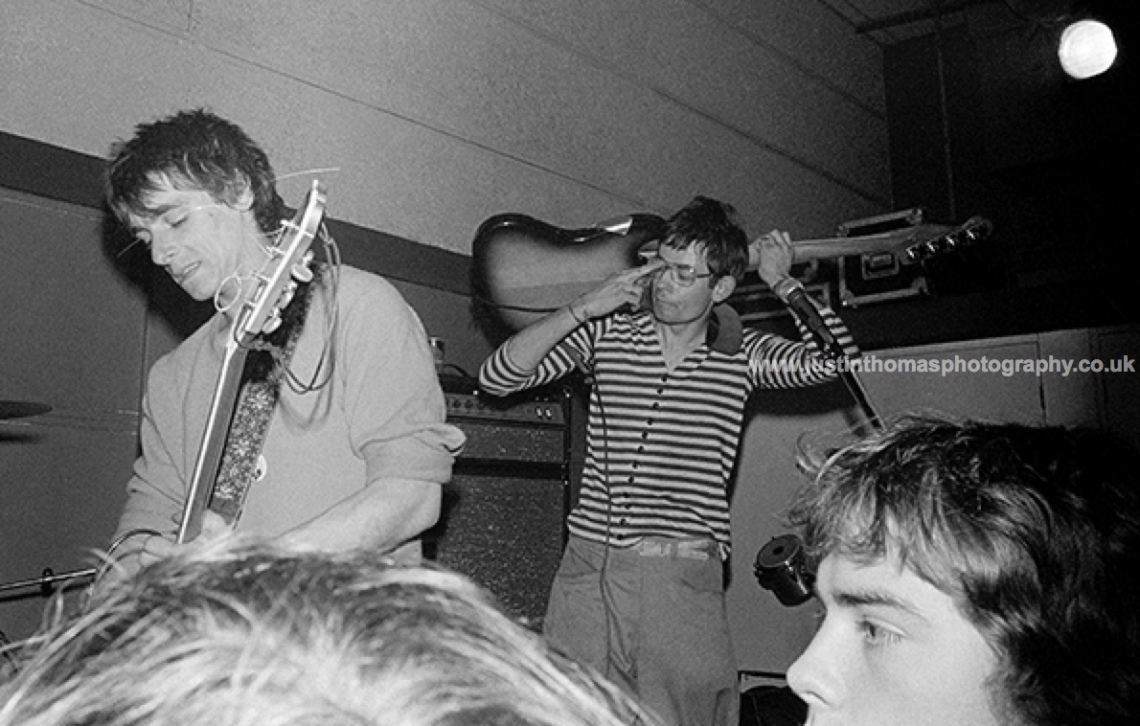 Could be. I couldn’t find anything when searching about Swell Maps and The Raincoats playing together (which they clearly did) just no record. Was anyone reading this at the gig?

That’s Jowe in the photo above in the stripy top by the way. I was lucky enough to go on tour with him when he played bass in the Television Personalities across Europe in 1985 when I was 19. My band Go! Service supported them. You can see some great photos and fliers from that tour here. 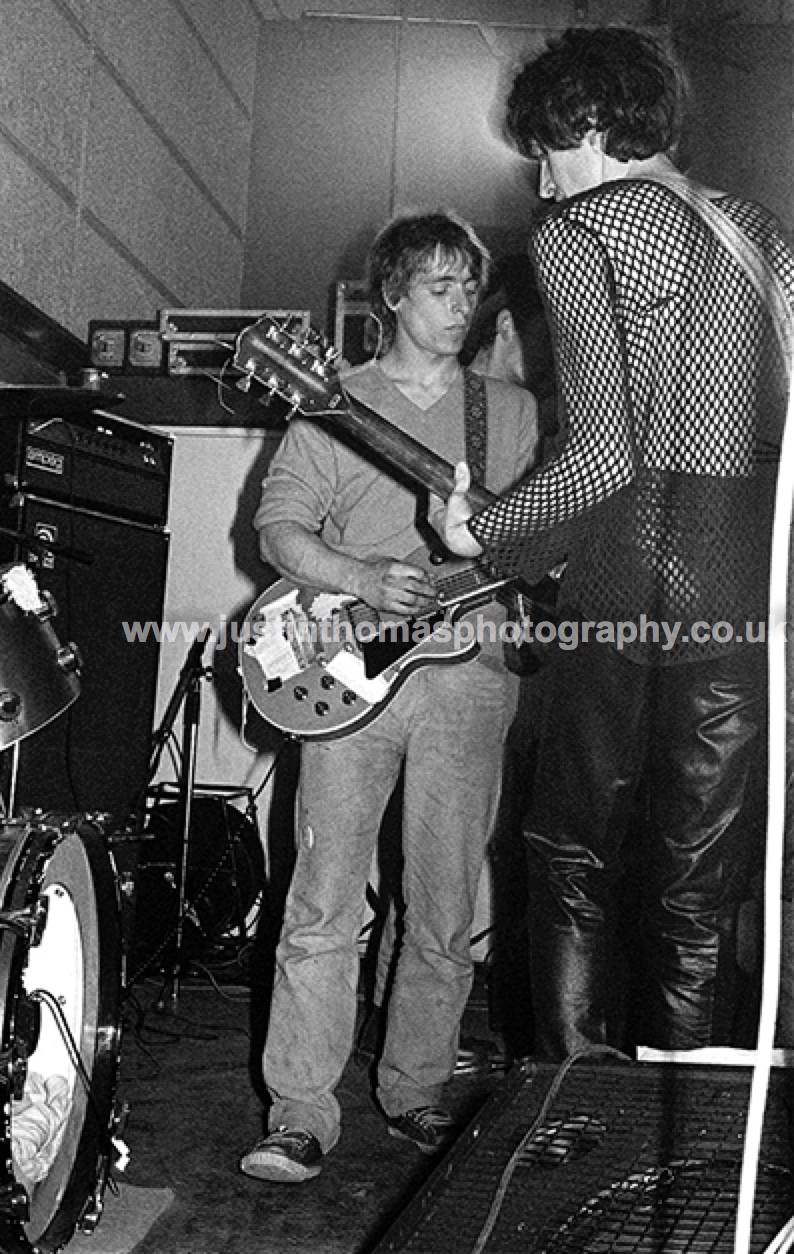 Jowe also says, ‘They are nice. I never seen them before. Nikki is wearing my Ma’s fishnet top, that she used to wear on the beach! I still get flak from her for borrowing that! We used to share clothes in that band.’ 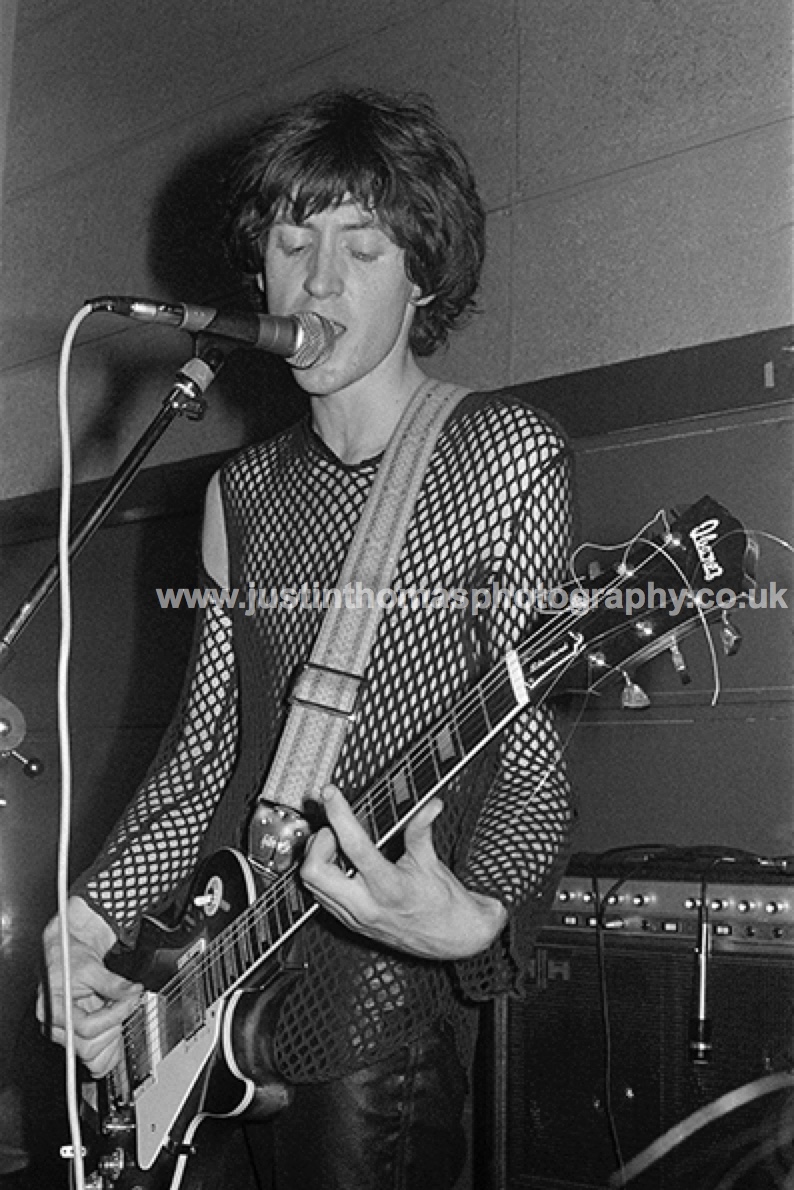 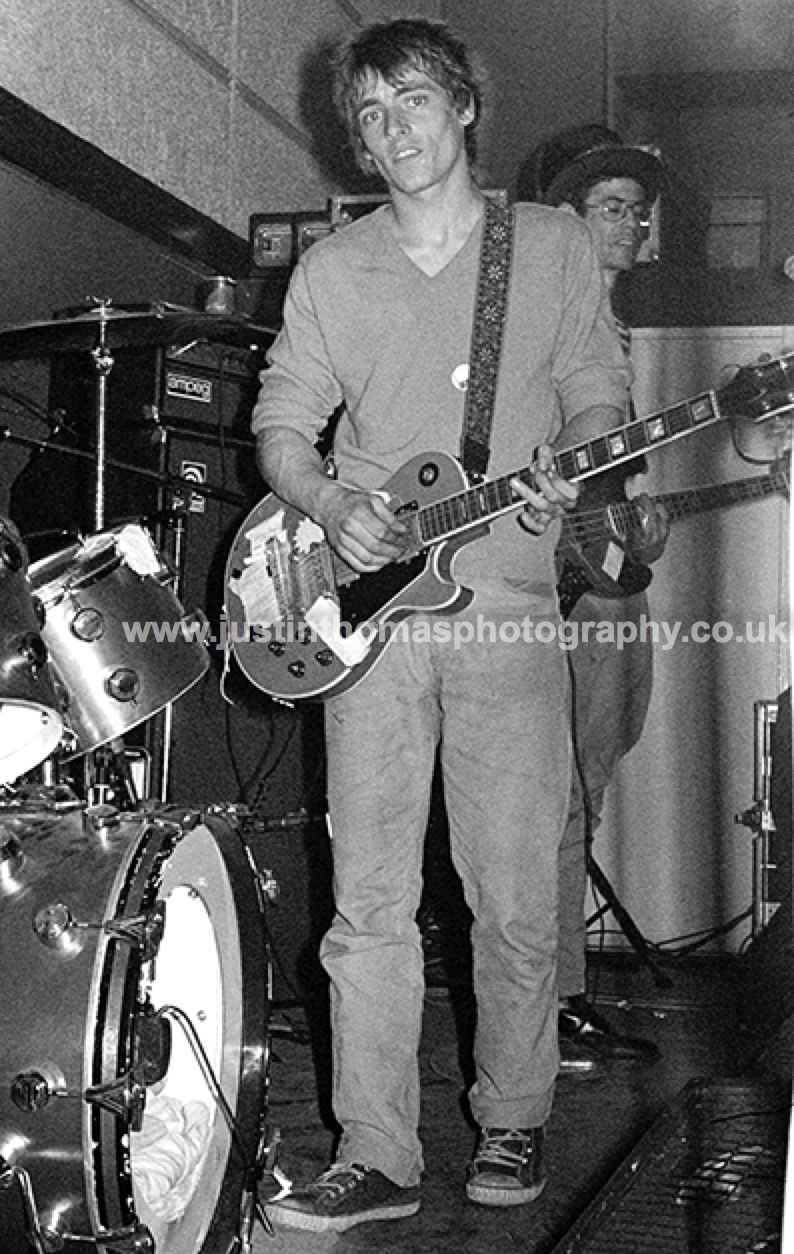 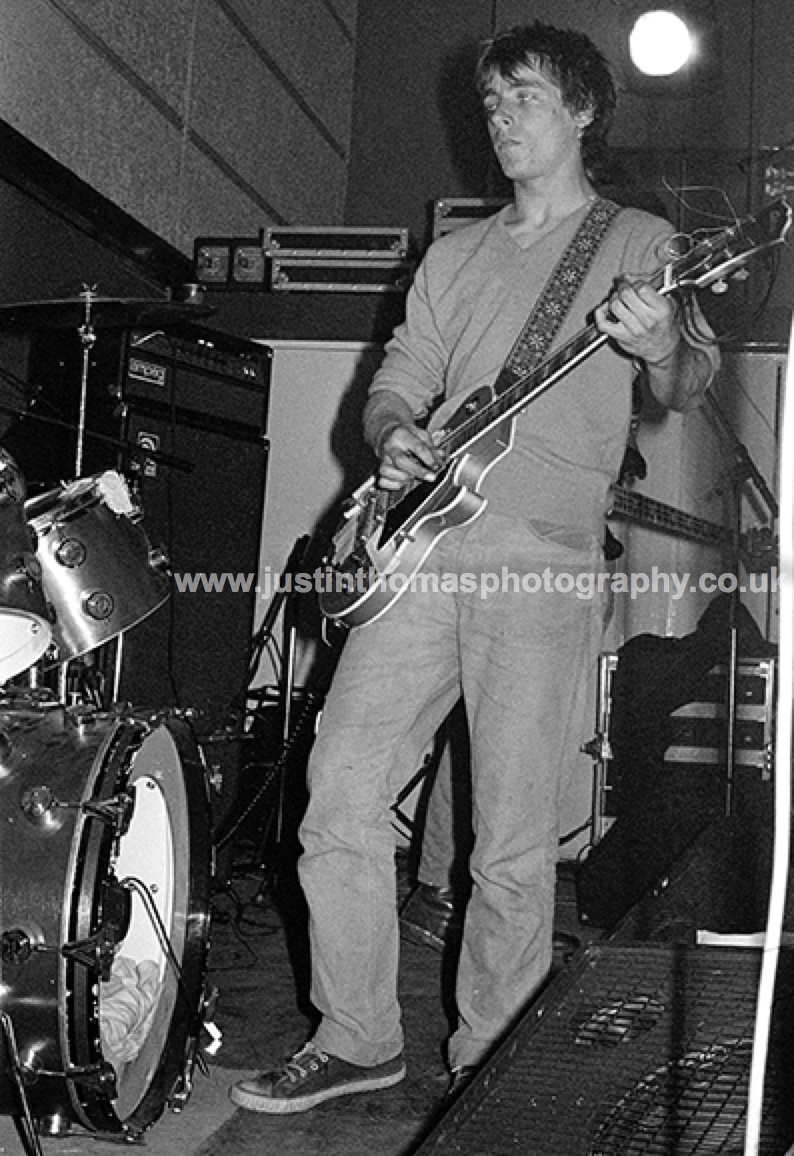 Below are the two photos of The Raincoats – there’s been a line-up change since the last photos I shared. They became an all female band when they were joined by the Slits’ ex-drummer Palmolive and the classically trained violinist Vicky Aspinall, with this line-up making their live debut at Acklam Hall in London on 4 January 1979.

Gina Birch had this memory:

‘Well… I’m wearing shoes I bought in Warsaw that all the waitresses wore… comfort, support and looking vaguely orthopaedic the latter appealing to me enormously. Plus they were white, kind of spotty (the holes!) and peculiar. Besets!’ 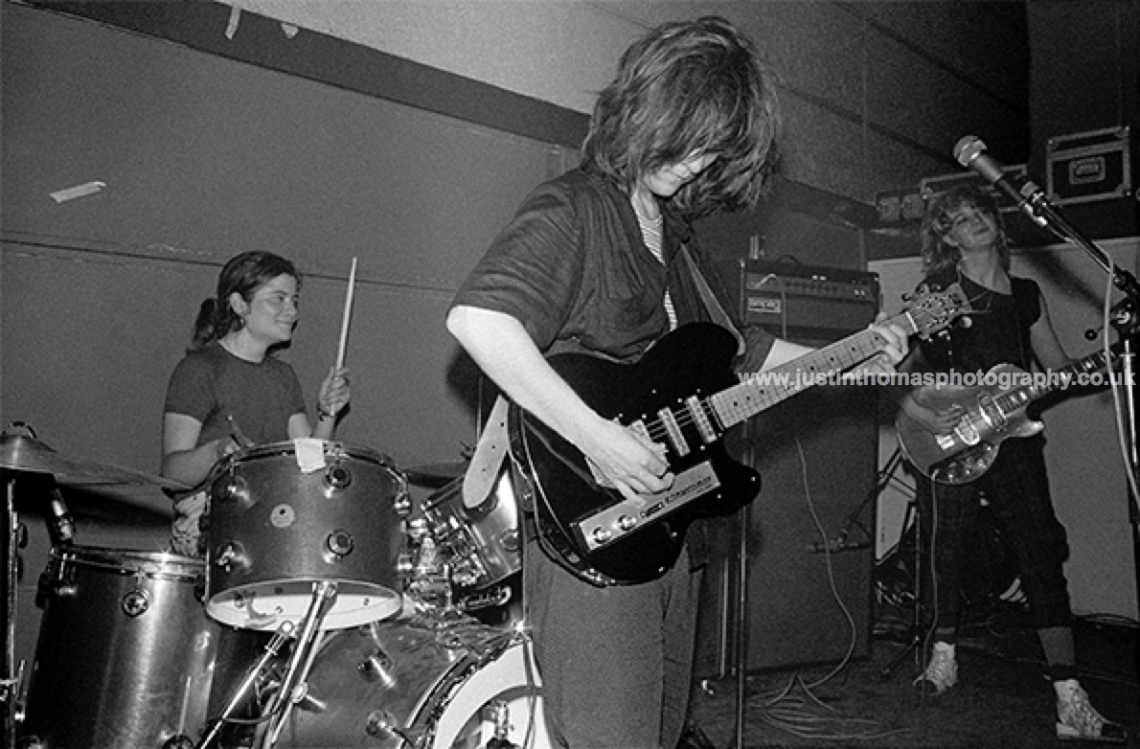 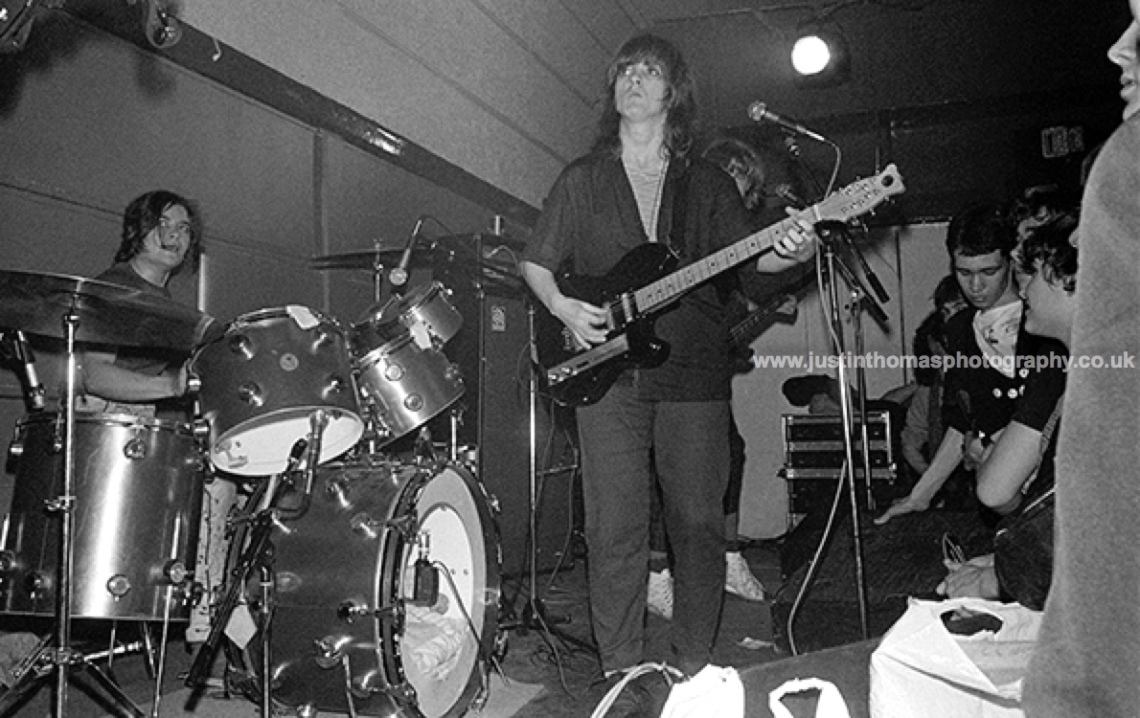