I contacted Dave Newton, guitarist from Dreamworld label mates of Go! Service / Bluetrain, The Mighty Lemon Drops recently asking if he had any photos and memories of the clothes he was wearing in the early days and where he was getting them. He sent back such a wonderful array of photos and details that my mind was actually blown!

Dave lives in L.A. these days – here’s a photo of him taken in the coffee shop where he wrote this piece for Indie Through The Looking Glass –  Western Bagel (opened 1943) Burbank CA. Thanks so much Dave – I feel absolutely honoured to be able to share these memories and photos.

The early clothes / paint it black. 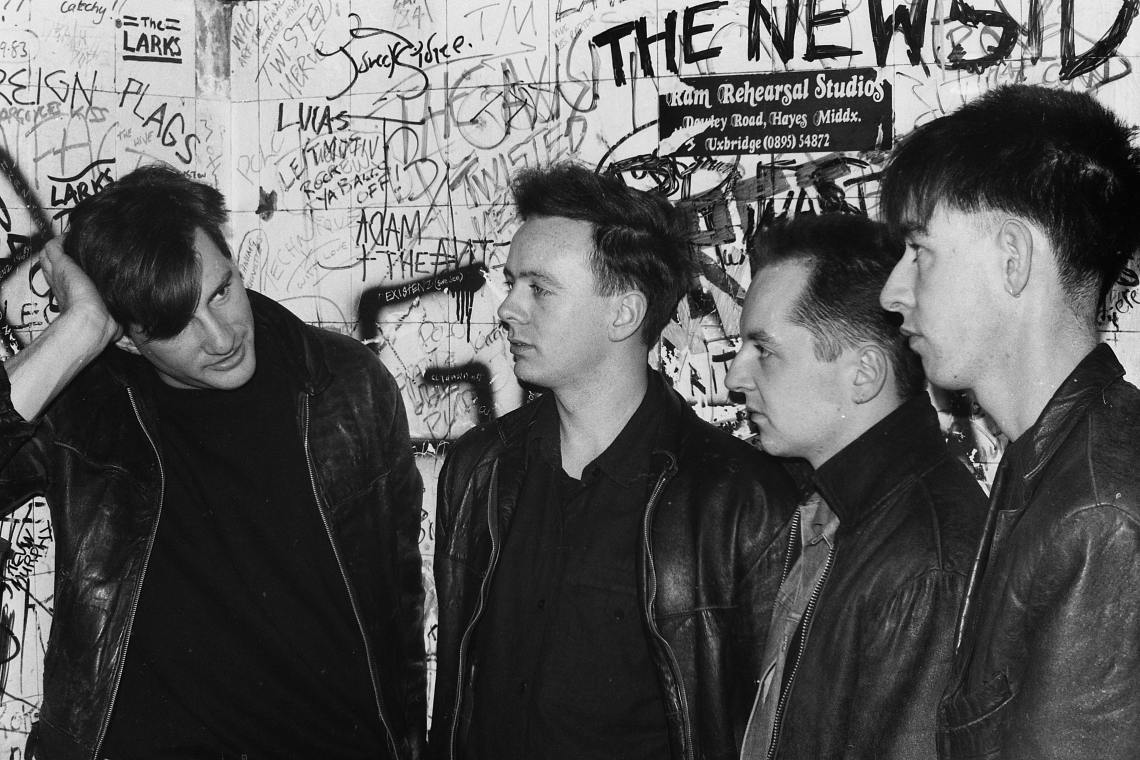 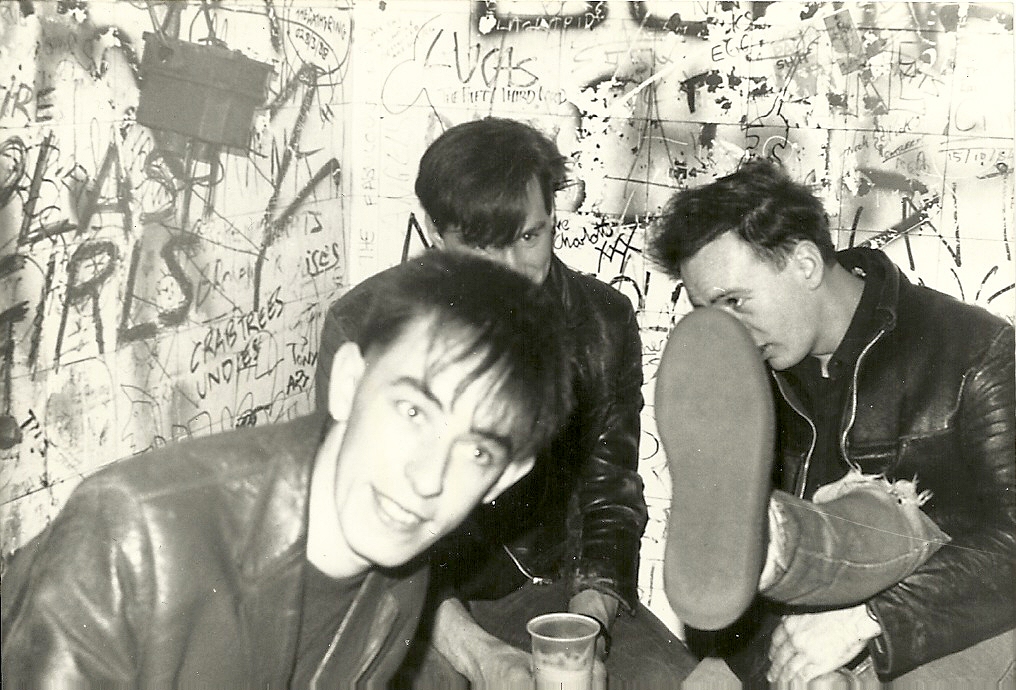 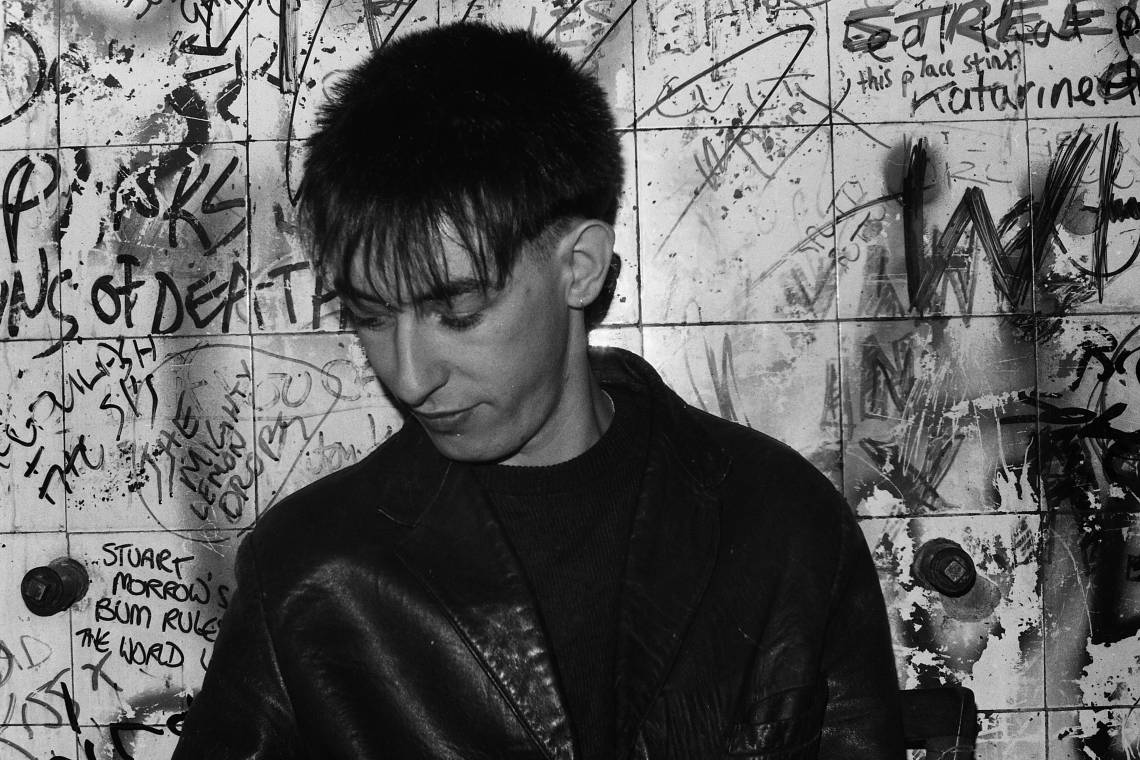 It’s funny really but I can’t recall us ever sitting down & deciding on a, ahem, “look” or an image / uniform as such. Prior to the band we all knew each other & shared similar interests. During the late 70’s Paul & I were at school together and were teenage punk rockers that couldn’t afford to buy actual punk clothes so we would steal our parents clothes or take old school shirts and “modify” them with marker pen and spray paint etc. I remember Paul going one stage further and spray painted an old pair of Dr Marten boots with silver & multi coloured paint, several years before Paul King & his 80’s band King did similar ha ha. Tony & Keith were from the nearby Tipton / Dudley area & at around the same time they were 2/3rd’s of a great punky power pop band called The Pow who dressed like early The Who / The Jam etc. When we all first started knocking about together it was, I guess, the Post-Punk era, early 80’s, & long overcoats were the name of the game a la Joy Division, Bunnymen, Teardrops etc.

Flier for the first gig. 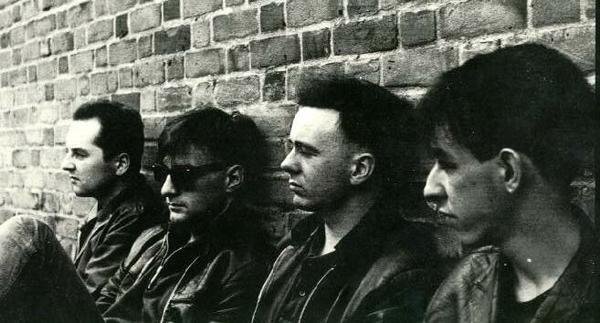 We would buy them from a stall on Dudley market which we named “the dead man’s stall” as most of the clothing items appeared to have been acquired from recently deceased elderly folks. By the mid-80’s the over coats were disgarded & even before the band had formed we had all acquired older 50’s / 60’s – style leather jackets (not motorcycle jackets). We would find these at charity / junk shops (and of course the dead-mans-stall). Often they were from the late 60’s / early 70’s & had huge penny round collars so we would have our mom’s shorten the collars with scissors and a sewing machine. I can’t ever recall paying more than a fiver for one (we had very little money at the time). 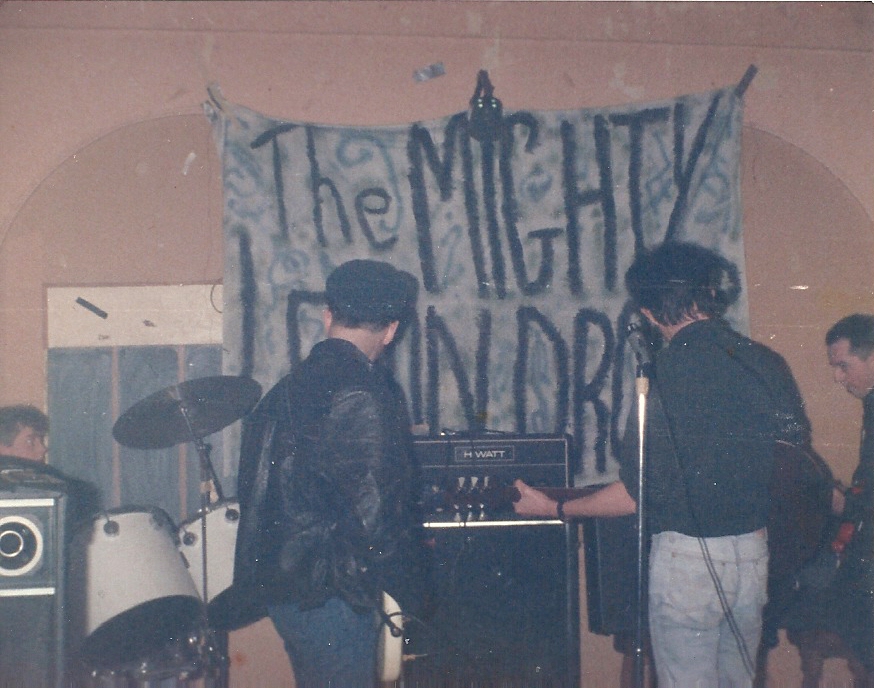 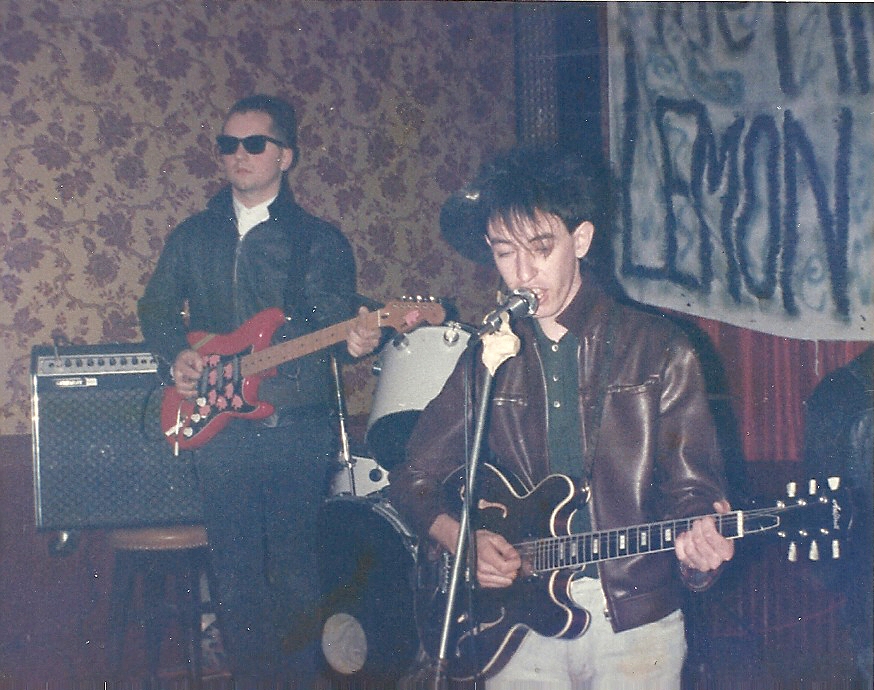 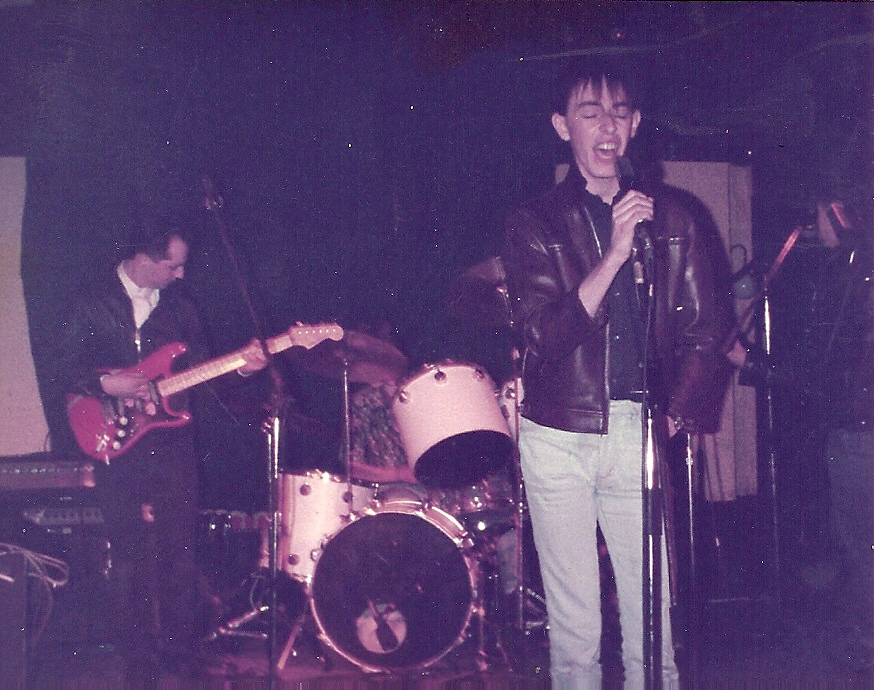 We had admired pic’s of early pre-mop-top Beatles and the Velvet Underground etc & loved the black look, even The Stranglers early look to some degree. Black jeans were impossible to find in Wolverhampton in 1985, in fact so were simple plain black shirts. 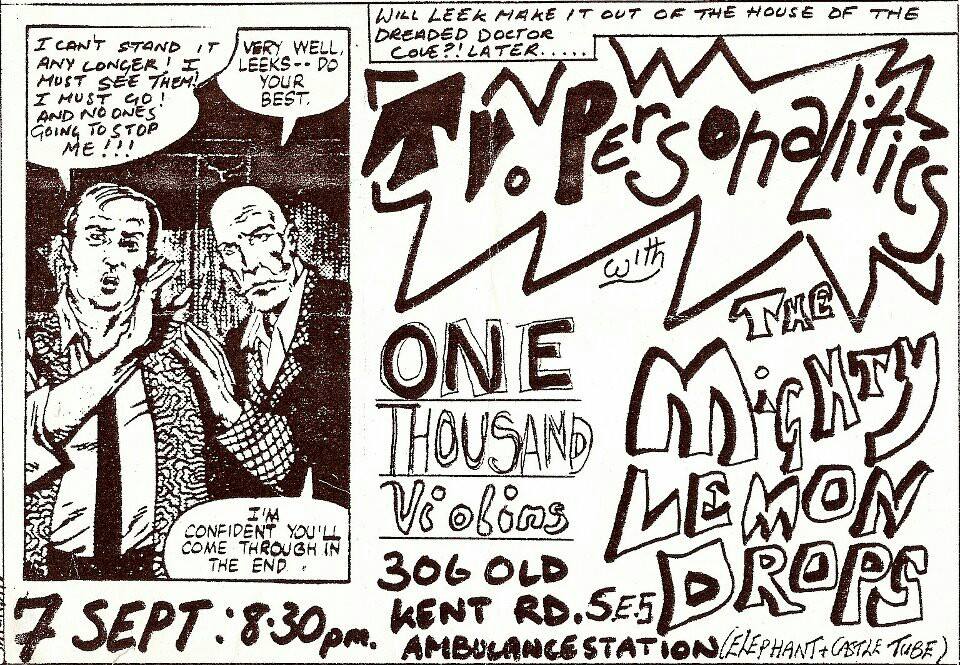 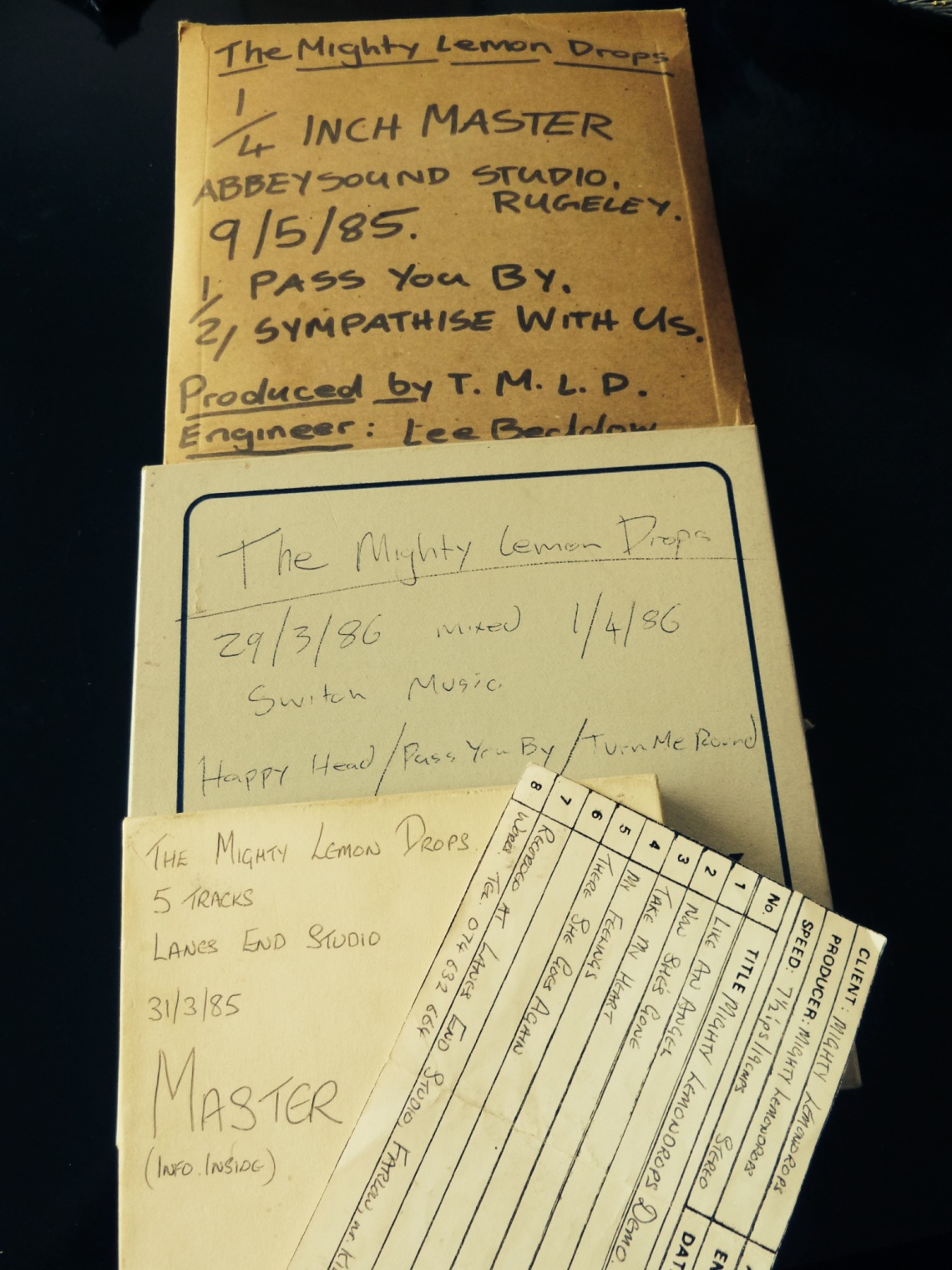 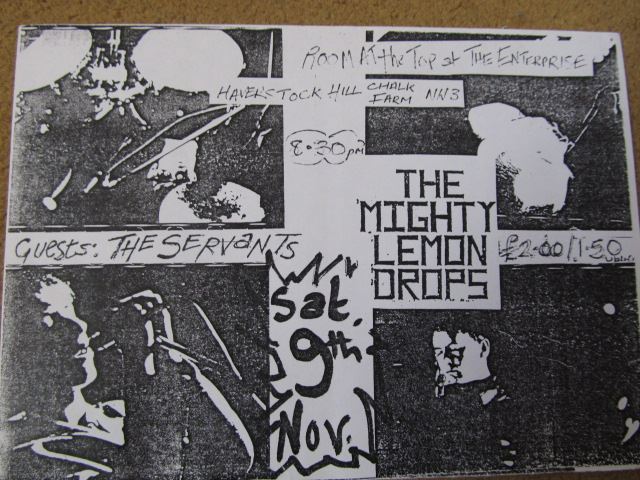 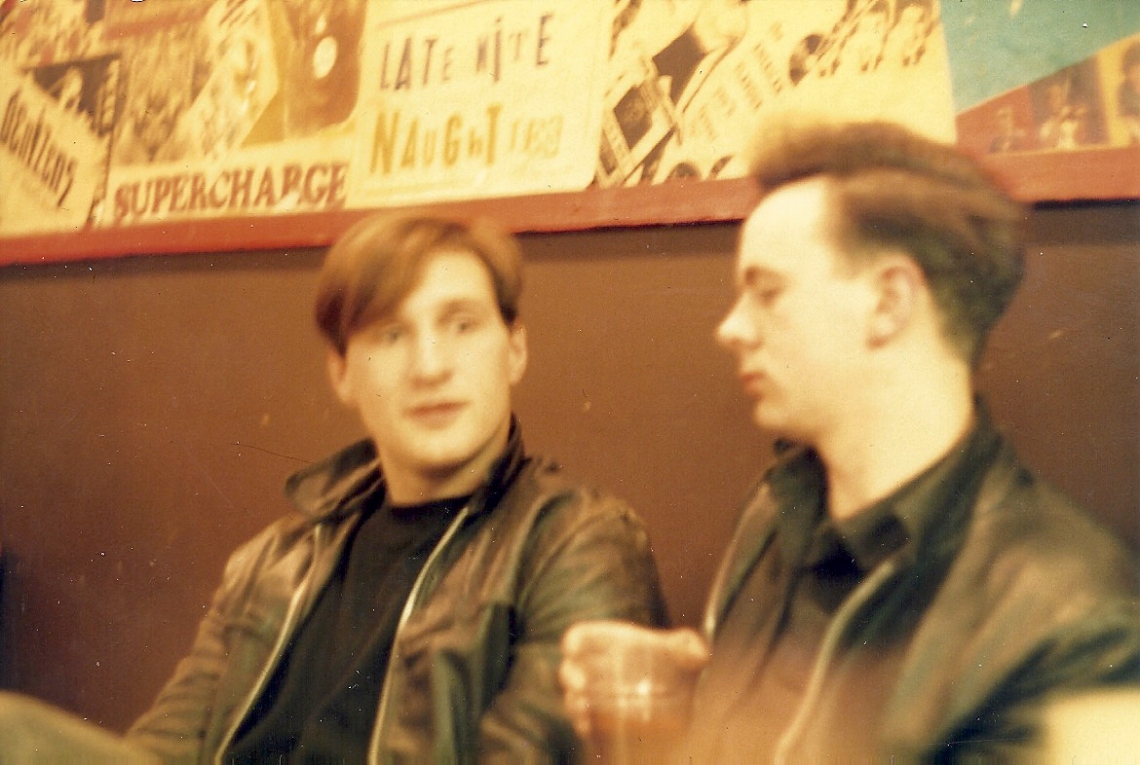 I remember when the band got offered our first proper UK tour (early 1986, 20+ dates supporting the March Violets) we were all still unemployed with little money & I really wanted a decent black shirt but couldn’t find one. I ended up spending every penny I had (about 30 quid, a weeks wages / a fortnights unemployment benefit back then) & splurging on a simple black polo-necked shirt that I bought from the ladies clothing department of Littlewoods. I would wear it for 2 – 3 shows, wash it, then do the same again, over & over. There was no Urban Outfitters on every high street back then. 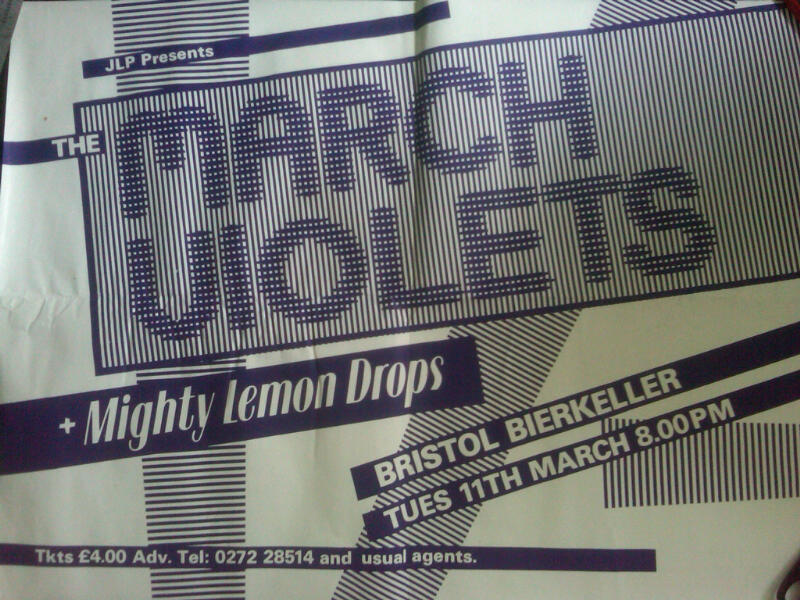 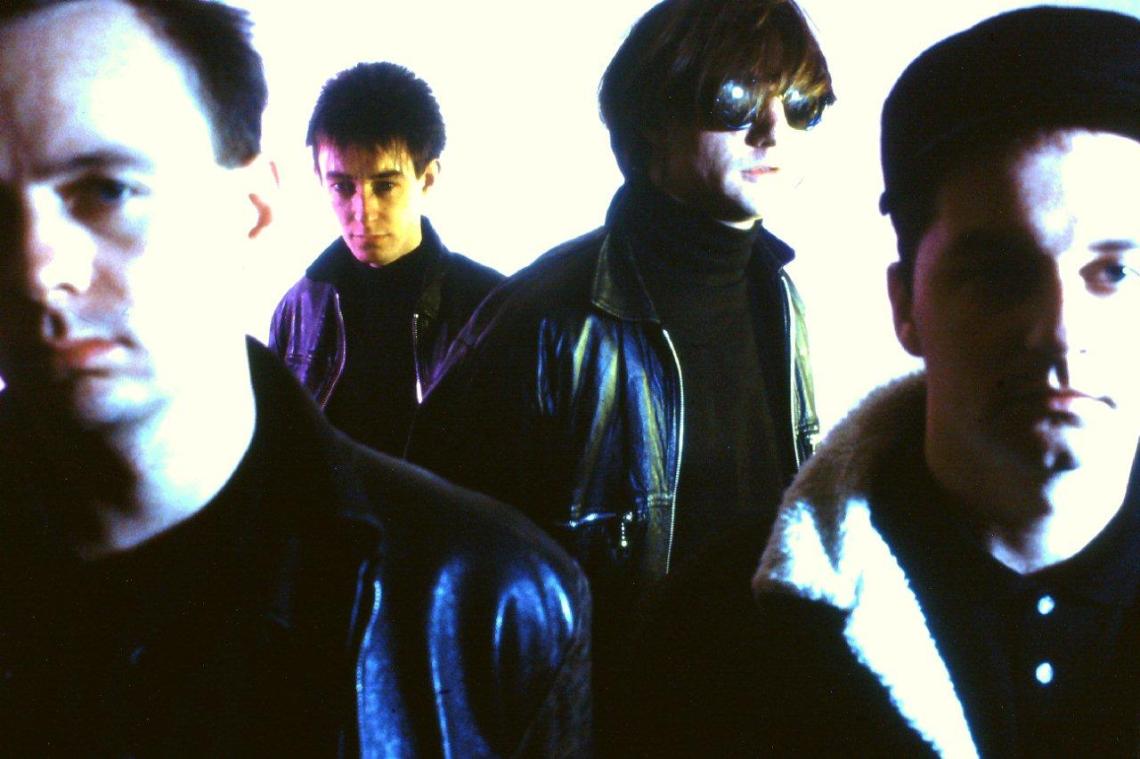 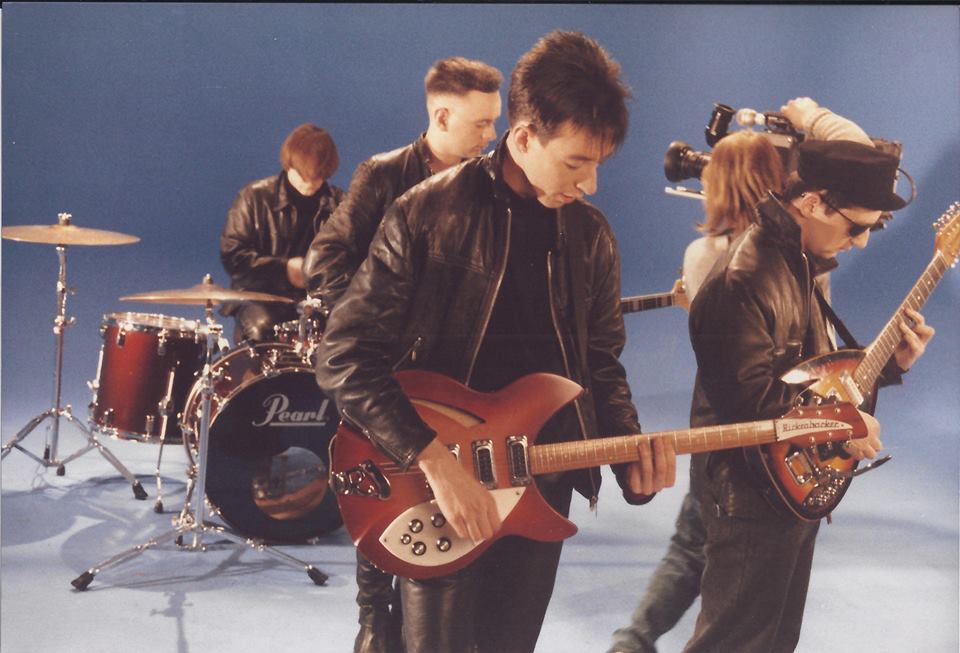 Funny though, a month or so later we were offered a gig opening for Julian Cope at his “comeback” show at the Boston Arms in London. We arrived at soundcheck & saw Copey & his entire band dressed in black leather. “He’s ripped us off” we joked to each other, thinking “yeah, as if”. In his 1999 book “Repossessed” Julian writes the following, referring to his 1986 re-invention: “The leathers were on already & the blueprint was right in front of me. A young Midlands group called The Mighty Lemon Drops had released a classic single called “Like An Angel”. It was like the Bunnymen playing “Reward”with a Wah! Heat guitar sound. Donald (Ross Skinner) was big mates with them and they’d shown that the Teardrop / Bunnymen / Wah thing worked in a uniform of Ramones black leather. It was clean-looking and “Girl On A Motorcycle” (a 1968 movie featuring Marianne Faithfull and Alain Delon) in it’s pre-hippy lines. Cally (Julian’s manager) adored it. Why not just take it back off them ? We could even have them support us and get all the NME indie kids into it”. And to think, we thought, at the time, “yeah, as if” 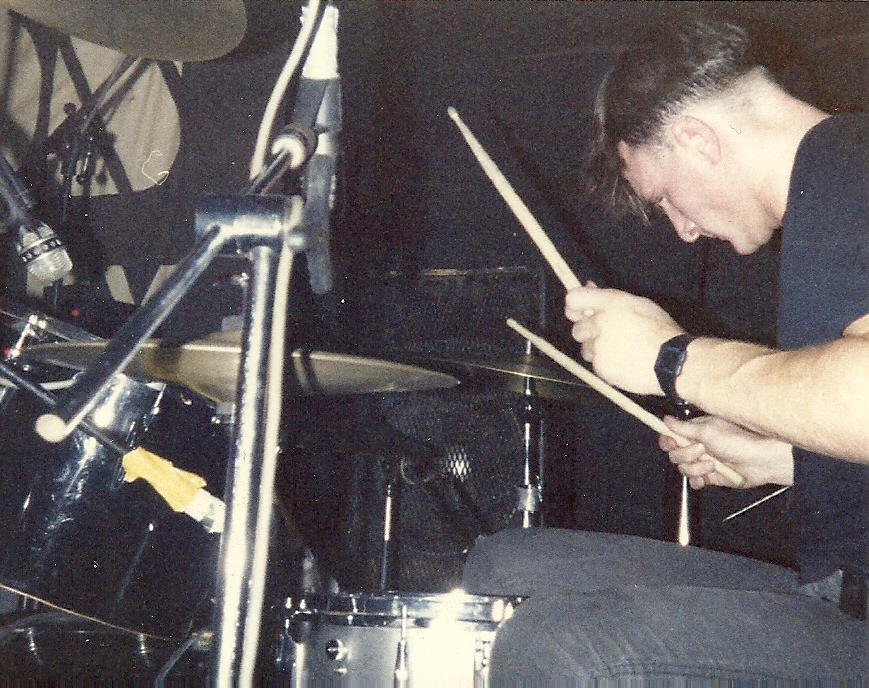 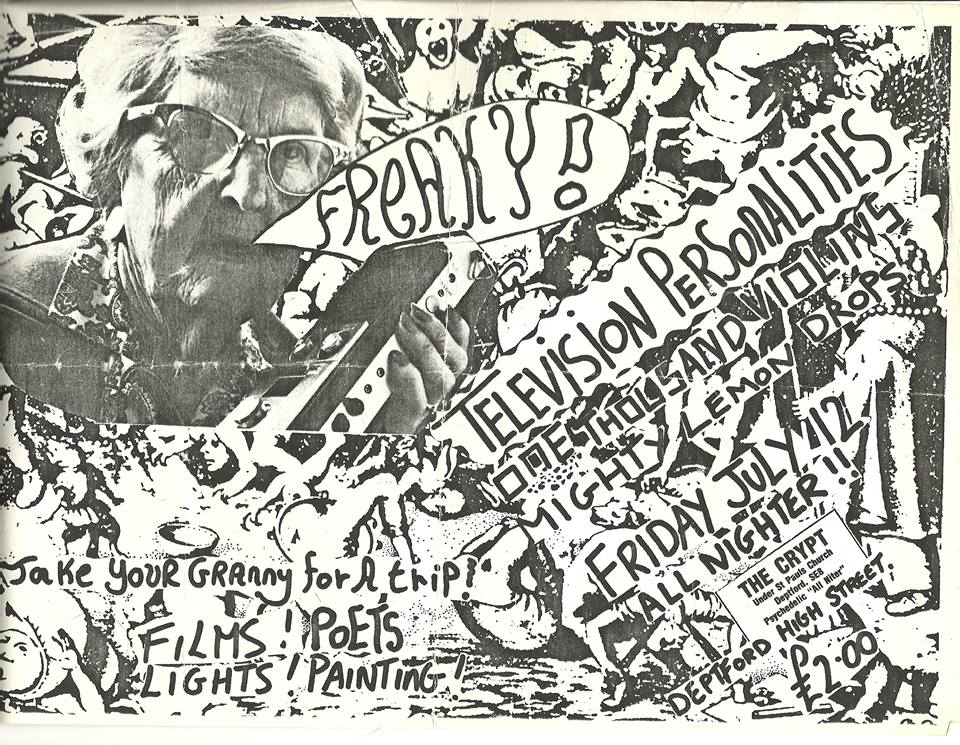 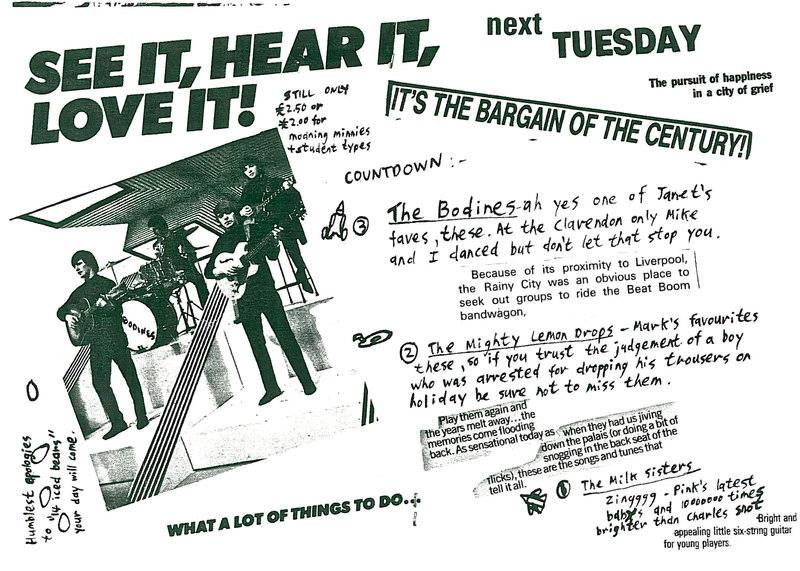 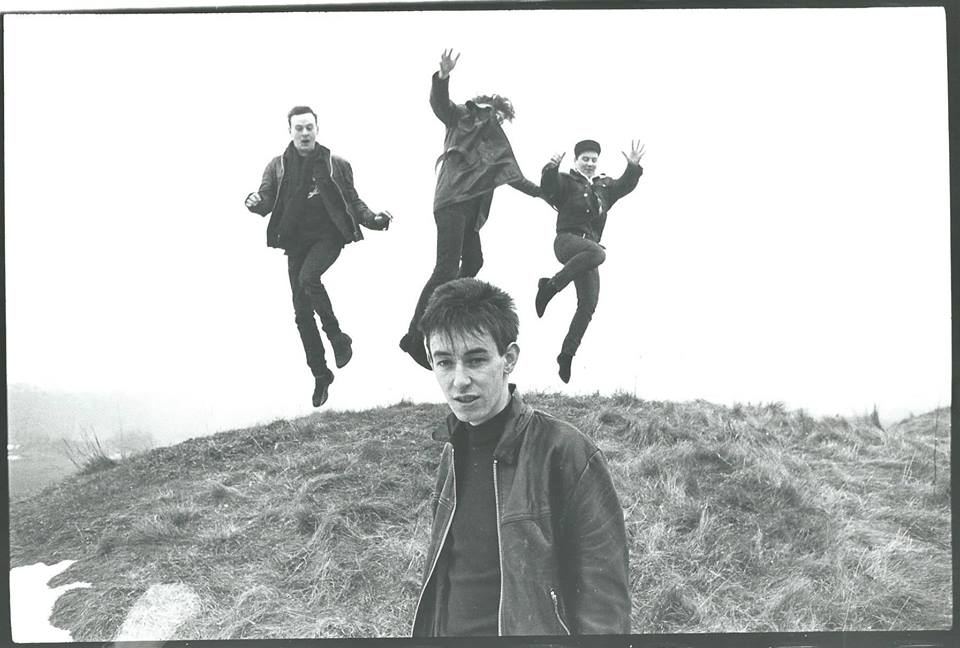 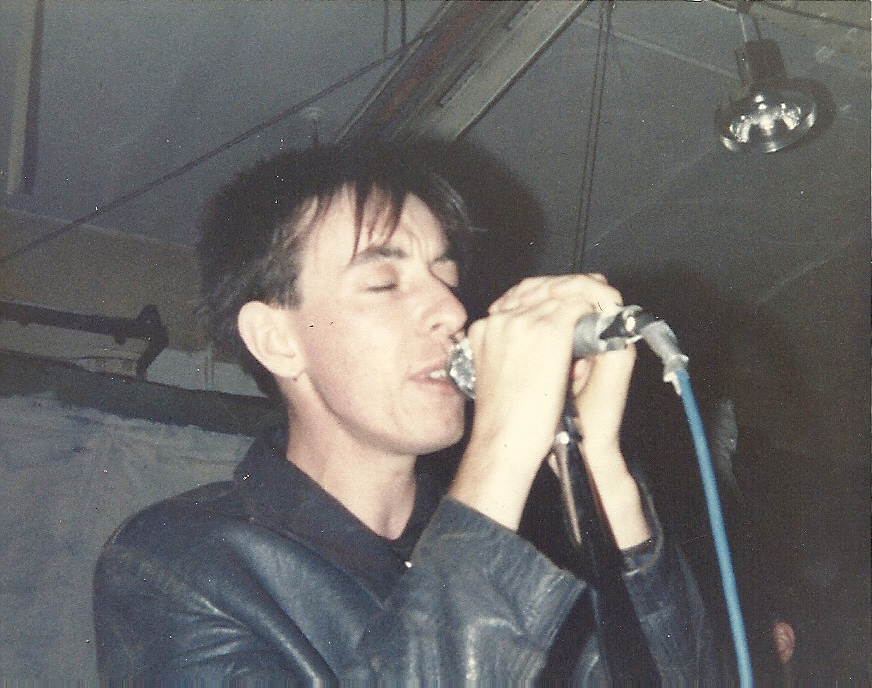 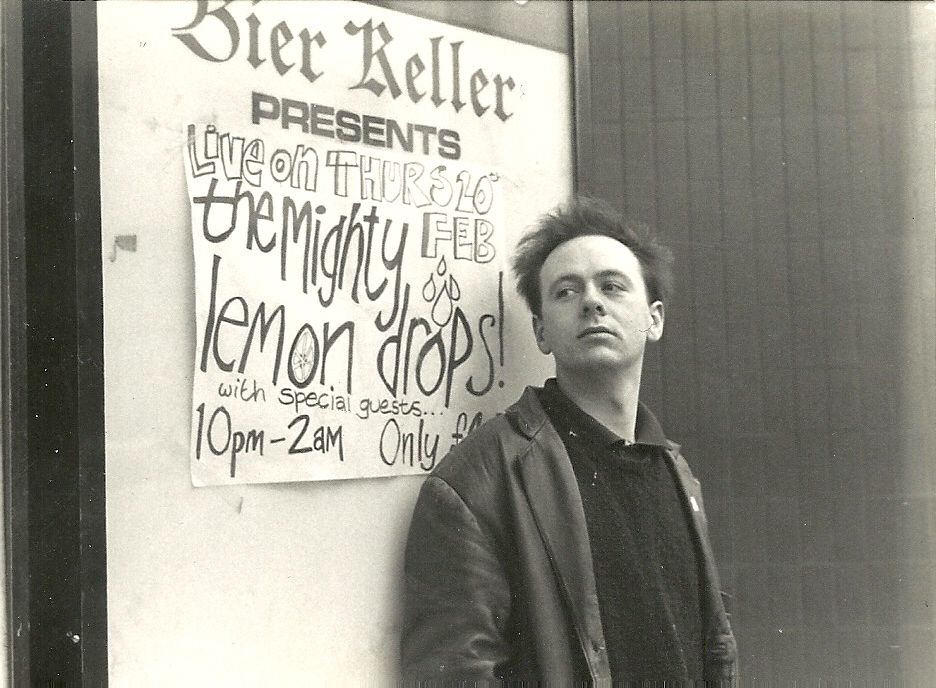 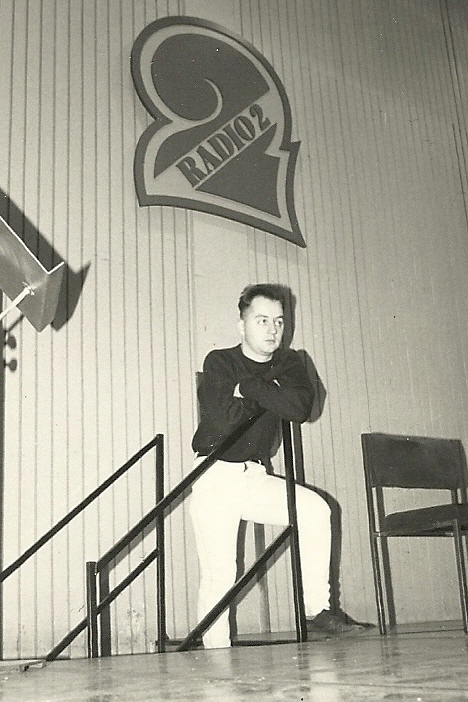 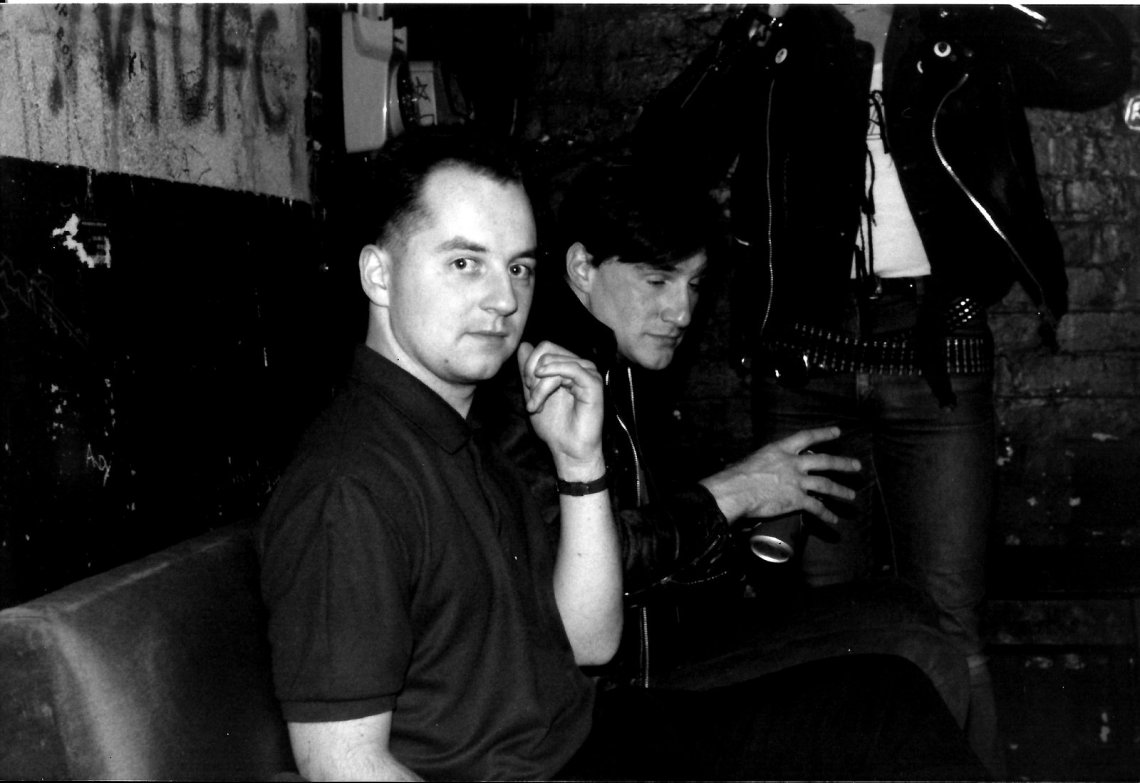 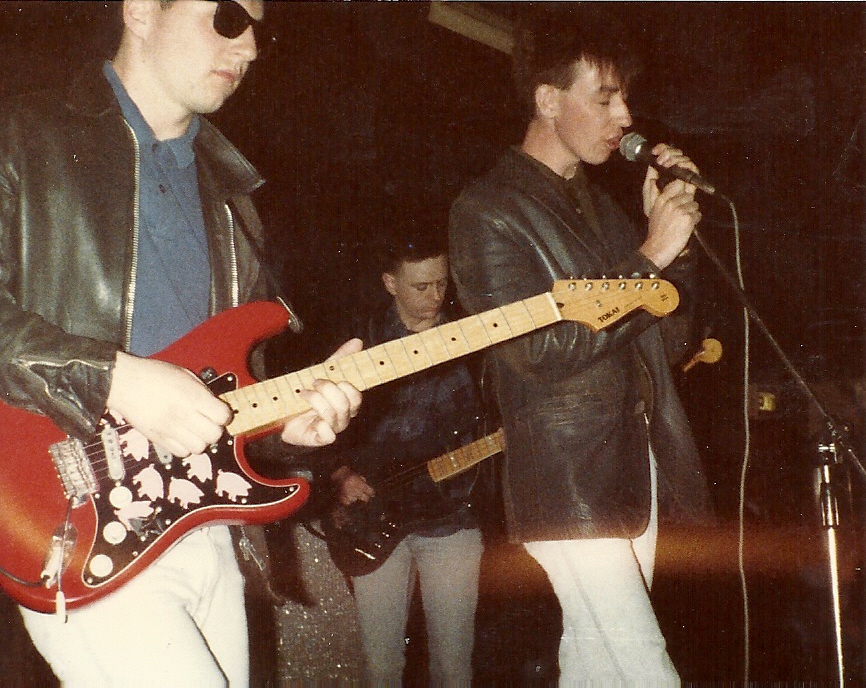 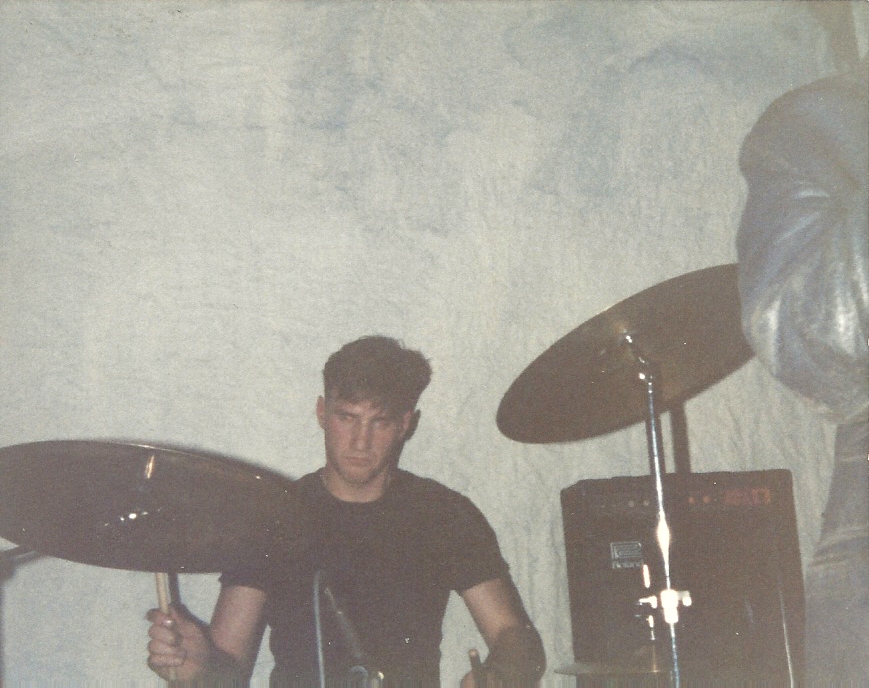 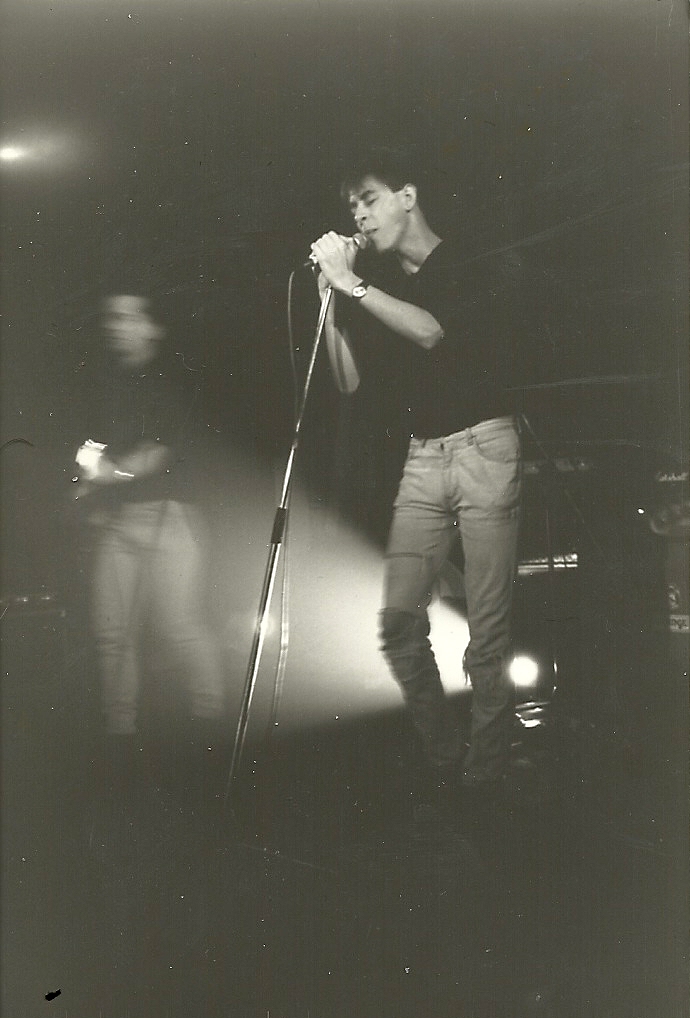